DELHI: Seventeen chefs of the Le Club des Chefs des Chefs, billed as the most exclusive gastronomic society in the world, soaked up the flavours of India on their first visit to the country, which included a visit to Asia’s largest spice market and a fundraiser for Nobel Laureate Kailash Satyarthi’s charity.

The chefs who cook for the heads of state across the world are visiting India had a taste of street food like golgappas and aloo tikki, very popular fried snacks served with sweet and spicy chutneys – recreated for them in the kitchens of The Imperial, where they have been staying since their arrival in Delhi.

They were given a demonstration of Indian cooking and also a glimpse of how to tie India’s national dress-  seven yards of unstitched cloth, the sari.

The club, which founder Gilles Bragard calls  a great family of chefs”, has been meeting annually since it was first established in Paris in 1977 and this year for the first time in 40 years they are doing so in India for their 39th General Assembly.

A gala dinner to raise funds for the Kailash Satyarthi Children’s Foundation- India, on October 25, which began with a display of fireworks saw Christeta Comerford, the Executive chef of the White House who has served state dinners hosted by the US Presidents, serving a roasted Kuri swash soup. “Our journey to India has been so far as beautiful as the fireworks,”  Bragard said.

The event also had  Fabrizio Boca and Massimo Sperga from Italy rustling up a special veg risotto with mixed herbs and aged parmesan. Chef Christian Garcia from Monaco, who is also President of the CCC, cooked a Mediterranean dish of fresh sole roulade while Chef Mark Flanagan, Royal chef of the Buckingham Palace UK and vice president of the club prepared a special lamb dish.

Chef Montu Saini, personal chef to President of India, presented the dessert- Gulkhaad ki kheer (Rose flavoured pudding) and Sweetened pumpkin halwa along with fresh fruits. “It is my duty to showcase the culinary strengths of India,” chef Saini said.

Earlier during a tour of the spices market in Old Delhi,  Chef of the Prince of Monaco, Christian Garcia could not contain his delight and kept dancing along the walk across Khari Baoli in Chandni Chowk. Chef Ingimar Ingimarsson, chef to the President of Iceland purchased a lot of red chillies. ” I am in search of the famous Ghost chilli,” he said. “To experience the sights, smells and sound and to meet the people here has been so amazing. This for me was the most memorable part of my trip,” chef Christeta said.

The visiting chefs were hosted by the President for a high tea at the Rashtrapati Bhawan, where they were taken on a tour. Chef Saini introduced them to the delightful jalebis and invited them to try their hand at making the sweet in the presidential kitchen. They also met with Prime Minister Narendra Modi and presented him mementoes.

Earlier, while visiting the Institute of Hotel Management (IHM) Pusa, New Delhi, the CCC announced a fully hosted 3-month scholarship training tour to Europe to the topper in the Food Production section in 2017 batch of the institute. The student will get an opportunity to visit the Palaces in Europe and work under eminent chefs, said Chef Saini.

On their India itinerary, apart from Delhi, the chefs are also visiting Agra and Jaipur via Fatehpur Sikri where they will be hosted for a dinner by Princess Diya Kumari. There is also a stop enroute on the Maharajas’ Express, the most luxurious train in India, where the chefs can soak in a bygone era of elegance and romance. 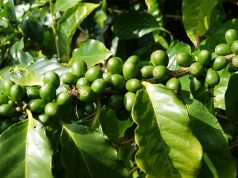 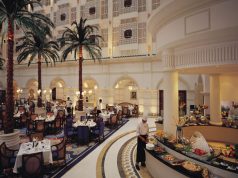