Kerala Tourism is showcasing the state’s unique tourism products at the ongoing OTDYKH Leisure, a leading international trade fair for travel and tourism, in Moscow.

As many as 1,236 exhibitors from 94 countries and Russian regions are participating in the four-day event. Kerala Tourism’s 32-sq m stall at the fair shows off the State’s backwaters, beach and Ayurveda reports The Hindu.

Kerala Tourism is also conducting a road show at St. Petersburg that will serve as a platform for business meets with tour operators and media.

Minister for Tourism A.P. Anil Kumar said that since Russia was one of the 43 countries recognised for Tourist Visa on Arrival, the State’s marketing in the trade fair could lead to a surge in tourist arrivals from this country.” The State welcomed 35,010 Russian visitors in 2014, up from 32,000 in 2013.

Tourism Director P. I. Sheik Pareeth, who led the Kerala delegation, said last year’s increase in the number of Russian tourists to the State, coupled with their interest in beaches, convinced the officials to market Kerala with due emphasis on beaches.

“The Indian Embassy in Russia has also offered support for expanding the Kerala tourism market and for conducting cultural exchange programmes,” he added. 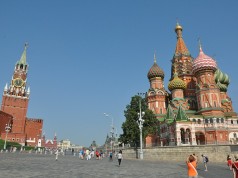 Illegal constructions a threat to reservoir