COIMBATORE: The Lion Tailed Macaque (LTM) that can be seen only in the Western Ghats is threatened. The list also includes the Nilgiri Tahr and the Nilgiri Langur.

“ We have only 200 birds left of The Great Indian Bustard. It can go extinct anytime. We have a very few numbers of forest owlets and Jerdon’s Courser is also seen in less numbers ,” says R. Mohammed Saleem of Environment Conservation Group.

To raise awareness on threatened species, five members of Save Endangered Endemic and Key species ( SEEK), a wing of ECG have kick started an awareness trip across India, where they cover 25,000 kms across 29 states and also Nepal, Bhutan, Myanmar and Bangladesh. The team will travel across wildlife sanctuaries on a Mahindra Scorpio, sponsored by Mahindra. “In 60 days, we will share information of 60 threatened species in the places we visit and also document the issues that threaten these species. Destruction of natural habitat is one of the reasons and also the climate change. We will build awareness on wildlife conservation along the journey where we will be visiting several educationl institutions too,” adds Saleem

The team led by Saleem includes Anirudha Mahagaonkar, a research scholar from IIT Guwahati, Srinivasan Goplakrishnan, a wildlife enthusiast from Bangalore, Abishek Ravi, an engineering graduate with a passion for wildlife and photography, Sisir Kalita doing his masters in Tourism Management at Gauhati University, Guwahati and Rupam Bhaduri a post graduate in Energy Science, IIT Guwahati.

The SEEK initiative is sponsored by WULF Pro, WWF India, and supported by SACON, and CASFOS Central Academy for State Forest Officer. 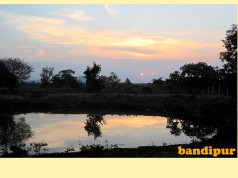 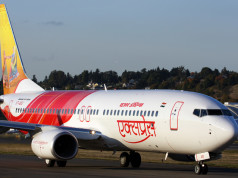 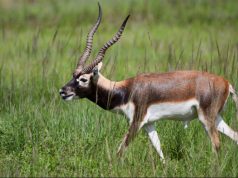 Balloon festival in Coimbatore from Jan 12