Art takes myriad forms. A particularly interesting format was presented at at India Art Fair 2015 as an artist and a barista collaborated to create a duet of coffee and art.

This unusual art performance reinforces the brand’s commitment to coffee culture. The event was India’s introduction to the new year-long Inspiration Brewed Here campaign and that saw the appointment of Maasdam as the first ever global latte artist for the brand. The Campaign was launched on November 11, 2014 at Le Méridien Vienna.

Destination-inspired latte art is the first phase of the Inspiration Brewed Here campaign. Le Méridien will continue to announce new coffee programming throughout 2015 at hotels worldwide.

Esther Maasdam, the global latte artist, said on the occasion “As a brand that targets the creative minded traveler, Le Meridien has given me this amazing platform through the Indian Art Fair’s seventh edition to showcase the splendour of latte art.

Le Méridien encourages its guests to unlock each destination via locally-inspired programming and cuisine with an eye for the arts. Merging my work in latte art with the inspiration that travel naturally brings is an exciting and unique challenge”.

Le Méridien has introduced LM100, a group of cultural innovators of mixed generations and interdisciplinary artistic fields, chosen from the fields of art, architecture, cuisine, and design by Le Méridien’s Cultural Curator.  LM100 members will offer their creativity and develop original and interactive programs for Le Méridien hotels worldwide that will transform the guest experience.  LM100 members will curate Le Méridien’s interactive initiatives and propose other established or emerging talents that reflect the brand’s core values. 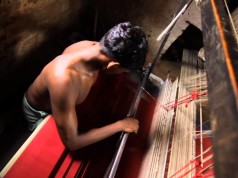 Madurai walls to get ‘green’ murals

Kashmir valley gets its first arts and research centre