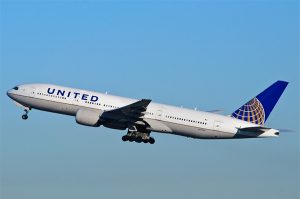 Since it was launched in October 2007, the service has carried over 1.6 million customers on over 7,000 flights, according to a release.

Celebrating this milestone, VIP guests, United employees and customers from across the travel industry joined Marcel Fuchs – United Vice president Atlantic and Pacific Sales, Thorsten Lettnin – United Managing Director Continental Europe and India, Sales, Harvinder Singh – United Country Manager India and the Commercial Consul for the U.S. Embassy in India – Gregory Taevs at the Taj Mahal Hotel, Chamber Lawns for a gala dinner and evening of musical entertainment
.
“We are extremely proud to mark a decade of this successful route and thank our valued customers and the travel trade community across India for choosing United,” said Harvinder Singh, United Country Manager India. “Our Mumbai service also offers a comprehensive network of onward connections from our New York/Newark hub to points all across the Americas.”

The Mumbai-New York/Newark flight is operated by Boeing 777-200ER aircraft with a total of 267 seats – 50 flat-bed seats in United Polaris business class and 217 seats in United Economy, including 72 Economy Plus seats.

United Economy Plus offers up to 15 cm of extra legroom. Located near the front of the Economy cabin, the seats give the added benefit of allowing a swifter exit from the plane on arrival. Economy Plus seating is available on all trans-Atlantic flights.

Flights are conveniently timed to connect at our New York hub with an extensive network of destinations throughout the Americas.

United operates flights to more than 300 destinations in North, Central and South America and the Caribbean. United customers in India can book flights by visiting united.com or contacting United reservations on 91-022-40908000 (Mumbai), 91-124-4315500 (Delhi), or their travel agent.

United operates the largest hub in the New York City metropolitan area at Newark Liberty International Airport. Located just 24 kilometres from downtown Manhattan, the airport offers the fastest surface transfer journeys to many parts of the city, including the AirTrain service to New York Penn Station in midtown Manhattan, with a journey time of less than 30 minutes.

From New York/Newark, United operates flights to more than 300 destinations in North, Central and South America and the Caribbean, including more than 100 served nonstop.

The airline is a founding member of Star Alliance, which provides service to more than 190 countries via 28 member airlines. 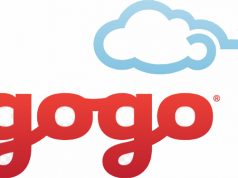