VISAKHAPATNAM: Nestled in the lap of the Eastern Ghats, the picturesque Tatipudi reservoir will soon buzz with some exciting adventure and water sports activities.

Situated at a distance of 65 km away from the city near S Kota, the reservoir on River Gosthani has been drawing tourists and weekend revellers for its nature splendour, reports The Hindu.

In what could give further boost to the tourism potential of the place, city based adventure firm Livein Adventures in association with AP Tourism Development Corporation is planning to turn it into a major adventure sports zone with a series of activities on the lines of Kambalakonda.

Speaking to The Hindu, B. Balaram Naidu, director of Livein Adventures, said: “We plan to develop the place in three phases. In the first phase, an adventure zone will be created. As part of that a 200 metre zip liner connecting two hills is being planned apart from other activities.

In the second phase, water zone will be developed with speed boat and other facilities. The final phase will include aqua sports zone like aqua parasailing. Tatipudi reservoir has ideal conditions for carrying out these activities.”

While the adventure zone will be ready from December, the other two zones will be completed by January next year. 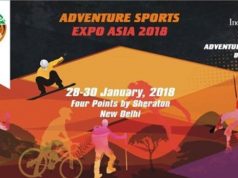 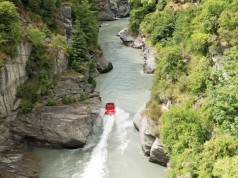 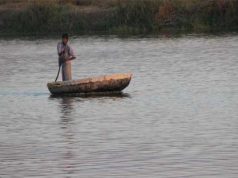 MTDC’s adventure sports institution to be in Ramtek

Hot air ballooning back in Goa