PATNA: It was a sea of humanity rolling towards Gandhi Maidan as thousands joined the biggest-ever religious conglomeration Patna had ever witnessed.

The intensity of the excitement of people during the 350th Parkash Parv of Guru Gobind Singh was there for all to see from dawn to dusk, reports Hindustan Times.

It was no smooth sail for visitors though as they had to wade through the mass of humanity, surging every minute to get into the Gandhi Maidan, where the show was truly on.

For a change, the truly chaotic local traffic was off roads, thanks to an administrative fiat, though lack of autos and buses made the walk a tad longer. Despite the trouble, thousands of people were seen in long queues at all entry points of the sprawling ground.

“I have been in queue for over an hour to get in,” said Amit Kumar, a student of class 8 in a local school, who wants to see what is happening inside, along with his parents.

Most of the visitors said that they wished to see the replica of Takht Harmandir Sahib and the grandeur of the Darbar Hall.

“Langar” has been the other main attraction of the weeklong religious meet. “I came here to partake of the langar. It’s Guruji’s parshad. If I am able to receive it, then it will be a great achievement.” said teenager Sweta.

Deputy director (tourism) Aditya Kumar said three “langars” were operating at Gandhi Maidan round-the-clock and pizzas are also being served at one of the “langars” from Tuesday.

He said the Tent City at Gandhi Maidan had witnessed an unprecedented crowd as about 2 lakh people visited the venue. 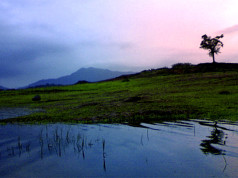 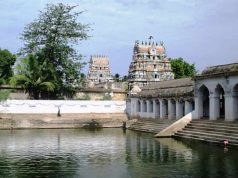