The Mapal Kangjeibung, one of the oldest polo grounds of the world, in the heart of Imphal, Manipur, looked unusually crowded for a polo match. The stadium was almost packed. Curious faces peered through the fences separating the main road and the grounds. Here was a crowd clearly interested in a game which hardly attracts visitors in north India. The 8th Manipur International Polo festival had begun well.

“Everyone here knows polo,” says Salam Girimohan Singh, a national champion in tent pegging, who was to be my guide for the duration of the tournament, reports Hindustan Times. “Nowhere in the country will you find a crowd that’ll cheer when you strike well and sigh with you when you miss a goal.” Girimohan was true to his word. Standing in the dug-out of the United States team, he cheered for the US polo players playing against the Indian side. I asked him why. Pointing towards a magnificent white Manipuri pony ridden by one of the US players, he says: “That’s my pony, Lamdaba! He won the best pony award in the last tournament.”

The polo tournament was organised at the same time as the Manipur’s annual Sangai Festival, a 10-day tourism festival organised by the state government. Interestingly, both the events highlight two animals endemic to Manipur that are nearing extinction. The Sangai Festival is named after the state animal, the Sangai, a critically endangered brow-antlered deer found in the marshy wetland of Keibul Lamjao National Park, about 45 km from Imphal. The festival, apart from being a cultural event that pitches the state as a world class tourism spot, aims to save the Sangai. 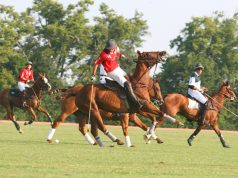 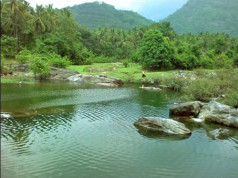 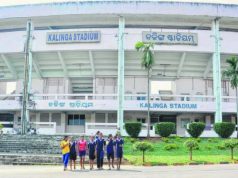 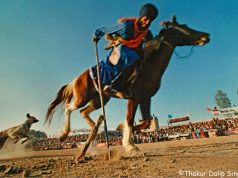 Jaipur tourism sector to miss out on IPL action again