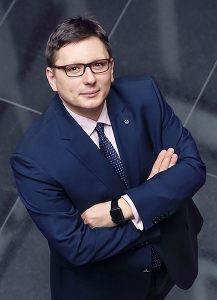 LOT Polish Airlines has started flights on the Delhi-Warsaw route, providing another gateway for Indian travellers to eastern and central Europe. Rafał Milczarski, CEO, LOT Polish Airlines, who was in the capital for the inaugural flight on September 12, said there was a lot of potential on the route. In an interview on the sidelines of the launch of the flight in Delhi, he highlighted the reasons for restarting the route nearly a quarter century after its previous flight.

Why did LOT Polish Airlines decide to restart the route to India?
There is huge potential of air travel — almost 9.5 million passengers travelled between India and Europe and 3.3 million between Delhi and Europe during the last 12 months.

What will be the flight frequency?
The airline, a member of the Star Alliance, will fly operate five times during a week. We are deploying Boeing 787 Dreamliner aircraft on the route, which will fly every Monday, Wednesday, Thursday, Saturday and Sunday from Delhi.

LOT’s first regular flight from Warsaw to New Delhi was operated in 1985 with a stopover in Tashkent. LOT introduced Boeing 767 on the route in the early 1990s. Today, after more than 30 years, the Boeing 787 Dreamliner will cover the distance of 5,271 Kilometres in just 7 hours.

What are the highlights of the service?
The flights between the two capitals feature three class of service – Business Class, Premium Economy Class and Economy Class. For passengers travelling on the Warsaw Delhi route, LOT Polish Airlines features Indian meals in all three cabins, complimentary beverages as well as inflight entertainment system including the latest Bollywood releases in Hindi. The airline will always have a Hindi-speaking crew member on board.

Will there be an increase in the number of flights in the future?
I am optimistic about increasing the number of flights from India. We want to have daily flights from Delhi in future. We want to add more cities on our route, and have to work on bilateral agreements with the Indian government. Currently the bilateral agreement allows for daily flights between the capitals. Mumbai, Bangalore and Kolkata are also interesting prospects.

How will having daily flights help?
Opening direct flights always accelerates the potential in the tourism industry. Due to the new LOT flight to Delhi, many Poles will decide to visit India, we hope to see more Indian guests visiting the magnificent cities.

LOT has flights from Warsaw’s Frederic Chopin Airport, its hub, to all major Polish cities such as Kraków, Poznan, Lodz, Gdansk, Katowice, Wrocław and more, most of which are under an hour’s flight away. In 2017, estimates show that the approximately 25,700 Polish tourists visited India, while 16,800 Indian tourists visited Poland in 2016. Poland is a member of the EU, and the airline flies to numerous EU destinations, and can be point of entry for Indians.

The new LOT flight is designed to be a key element in strengthening economic ties and developing business relations between Poland and India. After Singapore, India is the second-largest direct investment market in Asia for Polish businesses.

LOT is the leading legacy carrier in Central and Eastern Europe and acts as the main carrier for neighbouring Hungary since the collapse of its national airline.

Are you looking at partnering with Indian airlines?
LOT Polish Airlines also has codeshare with Air India for its domestic flights, and as both airlines are members of Star Alliance. I expect further cooperation between the two airlines. LOT is also a member of the Lufthansa’s Miles & More frequent flyer programme, also part of the Star Alliance.

Are the current troubled times for European airlines having any effec on LOT Polish Airlines?
The headwinds facing the European airlines, especially since the grounding of Boeing 737 MAX planes – of which we have nine, with a couple more on the books – had not affected LOT as much. The new route is part of our profitable growth strategy, in place since 2016, and LOT has become the fastest growing airline in Europe. The airline could replace its Boeing 737 Max 8 fleet with other planes if the aircraft’s grounding is prolonged.

The airline, one of the world’s oldest, started operations in 1928, and is marking its 90th anniversary this year, when it hopes to carry 10 million passengers, up from nine million in 2018.

9 years on, cultural centre set to open in Delhi