BHOPAL: In a bid to promote Kerala tourism, an interactive session is being organised at Jehan Numa on August 29.

Dr Venu IAS, Principal Secretary, Kerala Tourism and P Bala Kiran IAS, Director Kerala Tourism will be present for an interaction session to share plans for the year along with the new initiatives in Kerala, God’s own country, reports Hitavada.

The talk will be followed by a cultural show that symbolises the true essence of Kerala. The show will be a mix of dance and art form that originated in Kerala.

The event is being organised at Jehan Numa Palace on August 29 at 11.30 am.

Kerala as a destination holds many delights. Steeped in tradition and history, blessed with a treasure of wilderness and wildlife, backwaters with criss-crossing lanes and secrets of culinary craft, there is much to unlock and experience.

The press meet is a perfect platform to meet the guardians of these secrets. Key representatives from Kerala trade fraternity, cultural splendor and ethnic cuisine will be there at the event.

It has to be noted that last year, Kerala and Madhya Pradesh emerged as top tourist destinations to win many national awards by Ministry of Tourism.

Madhya Pradesh won the first prize in the category of Best State/ Union Territory for Comprehensive Development of Tourism for being able to provide a complete and varied travel experience to tourists.

MP Tourism is also focussing on employment generation potential of the tourism sector and pays special attention to training programmes. MP Tourism was also among the award winners in other categories with the heritage walk of Bhopal winning the best heritage walk award along with India City walks in this category.

Kerala Tourism, on the other hand, won as many as six awards in the marketing category for states. 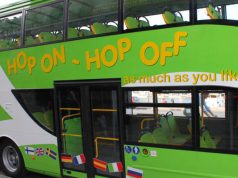 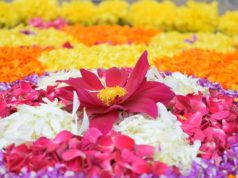