BENGALURU: Hundreds of protesters on Tuesday blocked  the Bengaluru-Mysuru highway in Karnataka and 700 buses were taken off roads in massive protests a day after the Supreme Court directed the state to release Cauvery river water to neighbouring Tamil Nadu. According to news agency ANI, the movement of hundreds of buses travelling between Karnataka and Tamil Nadu were blocked by protestors, meanwhile, a bus was also torched in Tamil Nadu.

For safety, the Karnataka government has pulled off 700 of its buses travelling from Bengaluru and Mysuru to Tamil Nadu and Kerala, reports NDTV.

Many tourists spots, including Vrindavan Gardens, have been closed.

A shutdown has been called in Mandya in southern Karnataka by farmers who are protesting the court order to release water to Tamil Nadu.

Mandya district, the nucleus of Cauvery politics, saw a bandh with protesters holding road blockades and dharnas at several places, as hundreds of security personnel, including Central forces, were deployed in the Cauvery belt to maintain law and order reports the Times of India.

Schools and colleges in the district have been closed for the day.

The Cauvery Hitarakshana Samithi (Cauvery protection committee) had called for a bandh today in Mandya – the hotbed of Cauvery politics – a day after the Supreme Court directed the Karnataka government to release Cauvery water to Tamil Nadu, reports Zeenews.

Mandya, which is 100 km from Bengaluru, is the volatile heartland of the Cauvery basin where farmers often lead protests on Cauvery river sharing.

Last week, the Supreme Court told Karnataka to “live and let live” and urged both states to “maintain harmony in the water dispute”.

Tamil Nadu had gone to court after Karnataka release far less water this year than was decided in 2007 by a court-appointed tribunal asked to find a solution to the recurring dispute between the two states.

Karnataka says its reservoirs don’t have enough water due to less rain in the catchment area and has offered 10,000 cusecs of water a day.

Tamil Nadu wants much more water and says its farmers can’t sow crop if enough water is not released immediately.

The Supreme Court yesterday asked Karnataka to release 15,000 cusecs every day for the next 10 days until the case is heard again on September 16.

Chief Minister Siddaramaiah, whose government has been expressing its inability to release water to Tamil Nadu citing poor storage, would hold a meeting with floor leaders of all parties in the state legislature, MPs and district-in charge ministers on September 6 evening to take stock of the situation.

Police said effigies and posters of Tamil Nadu Chief Minister J Jayalalithaa were burnt in some places in these districts. A group of farmers tried to enter the KRS Reservoir in Mysuru protesting the court direction, but police prevented them. 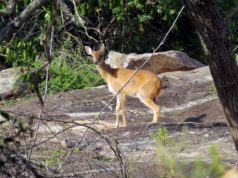 Wanted: expressway from Mopa to Canacona

Dam on tourism map despite opposition