DELHI: Presenting the annual Union budget for 2018-19, Finance Minister Arun Jaitley on Thursday said that government would like to convert 10 popular tourist destinations into iconic and model destinations.

He said this can be achieved by adopting a holistic approach of development with the support of the private sector, reports ANI.

Jaitley also announced that the ministry is planning to enhance the visitor experience at 110 model monuments which come under the Archaeological Survey of India (ASI).

This would be done under the National Heritage City Augmentation scheme of the government.

He announced that a tunnel will be constructed under the ‘Sela Pass ‘in Arunachal Pradesh to improve connectivity and tourism in that north eastern state.

Sela Pass is a high-altitude mountain pass located on the border between Tawang and West Kameng Districts of Arunachal Pradesh, an area China claims to be a part of south Tibet.

Jaitley also said that the constructing a 14 km long tunnel at the Zoji La Pass is progressing well.

Jaitley also proposed the establishment of ropeways as part of improving infrastructure.

Talking about the aviation infrastructure, he said the government will enhance airport capacity to handle one billion trips a year.

He explained that 56 un-served airports and 31 un-served helipads have been already activated under the Regional Connectivity scheme of the government and operations have already been started on 16 such places. 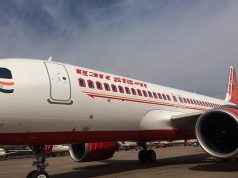 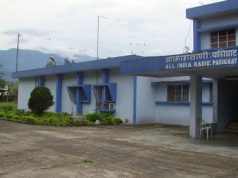 Taj dome to be covered for a year for repairs