DELHI: With the women polo players in Manipur earning a lot of critical acclaim in the last few years, the Centre is now keen on roping them in to help popularise ‘polo tourism’ — a sport which the ministry of tourism has been promoting as ‘heritage sport’ for a while.

Speaking to DNA, tourism secretary Rashmi Saxena said that the sport, which has attracted foreign tourists for years, will also give them a new region to explore, reports DNA.

Rajasthan and West Bengal are already hubs of the sport, with the 150-year-old Kolkata Polo Club being one of the oldest clubs in the world. Assam’s Silchar polo club was established in 1883.

“The women polo players of Manipur have been coming up in a big way, earning accolades for the country. The state has been playing the sport for the longest time. We plan to involve them in the Incredible India 2.0 campaign,” said tourism secretary Rashmi Saxena. Women’s polo in the state got a huge boost in January 2016, when the United States Polo Association (USPA) team went to Manipur to play against the state’s women’s polo team.

However, the area is not new to the sport and has been playing the sport traditionally for years where it is called ‘sagol-kangjei’. The move is also part of the ministry’s focus for the year, where it is looking at evolving destinations in the North-east. In a conversation with DNA, tourism minister KJ Alphons said that in the agenda for 2018, the North-east is top priority. 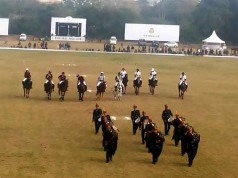