RIYADH: The Gulf airlines bracing to comply with new security measures imposed by US security authorities for stricter passenger screening from Thursday.

Emirates, Etihad and Qatar Airways of gulf region operating from several cities of India including from Hyderabad to US routes and a large number of Telugu NRIs of US travel through these airlines, reports Telangana Today.

According to media reports that United States announced the new security measures including strict passenger screening, interviews at the check-in-counter for originating passengers, and at the boarding gate for transfer and transit passengers.

These measures will work in complement with the current additional screenings measures conducted at the boarding gate (including those for electronic devices),” the spokesperson of Emirates Airlines said, quoted by local media reports.

Also, Emirates urged its passengers flying to the US from Dubai International to allow additional time at the airport to be checked in and boarded.

The new measures will affect 325,000 airline passengers on about 2,000 commercial flights arriving daily in the United States, on 180 airlines from 280 airports in 105 countries, according to reports.

The United States announced the new rules in June to end its restrictions on carry-on electronic devices on planes coming from 10 airports in eight countries in the Middle East and North Africa in response to unspecified security threats.

Those restrictions were lifted in July, but the Trump administration said it could reimpose measures on a case by case basis if airlines and airports did not boost security. 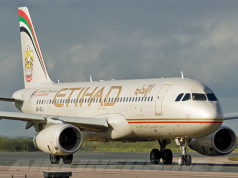 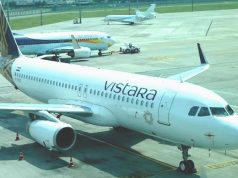