However, they did get business from domestic tourists who came in groups that consisted only of friends. The family-oriented groups hardly mattered to Goa’s economy; they cooked and ate their own food and even slept in their hired buses during their visit, reports Goa.com.

Herald spoke to a few shack owners along the coastal belt to get their views on the matter.
“The shack business this year was not as good as last year. I was lucky to get some business from my old English friends/customers, but there were no Russians and others. I closed down my shack early since there was hardly anything in March and April. The Indian tourists who came in large numbers were very low-budgeted,” said Seby D’Souza from Candolim.

“The shack business this time around was not very sound, though we had our own friends and guests visiting us. The Indian tourists never bothered to patronize our shacks. The shack business suffered a lot due to the non-arrival of Russians and others, who used to make up for the loss of the English and Germans,” said Lawry from Calangute. 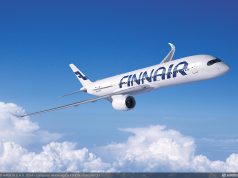 Goa: a destination of many appeals