Unusual foods could be urban legends, except that they are on offer. Go try worm varieties.

“If you are lucky enough to have lived in Paris as a young man, then wherever you go for the rest of your life, it stays with you, for Paris is a moveable feast.” ― Ernest Hemingway

Trying out fancily named dishes is part of the wanderlust for many. Here is a cautionary tale. The propensity for ordering local delicacies has seen some unexpected platters that had been ordered in that first starburst of seeing fancy names on a matching menu. When you are confronted with a plateful of wriggling worms, and with no accompaniments, suddenly all the neighbouring charms of sun kissed beaches, azure seas and emerald forests seem distant.

As you mentally kick yourself for not ordering the club sandwich when you had the chance, all eyes at the table are on you – for you have oft held forth on the wondrous culinary delights of lands far and away. You try introducing sudden gossipy rumours about your pretty friend, but somehow the worms, grey-brown, fatter in middle, in various stages of curling up, are far more fascinating to everyone. Friendly jibes turn to jabs and jeers, and come in ever faster. Your offer to share first and generously is spurned outright. After reordering cutlery thrice – the knives were not right, the forks were not sharp enough, and then too sharp – you didn’t want to hurt the critters, and plates of the right shape were procured, all eyes were still on me. Their immediate, and it seemed only, goal was to see that all the worms slithering down my throat. All other life had no meaning, indeed no existence then. I had shown off and ordered worms, so I had to finish them, was the relentless logic. Citing instances when fries I ordered had been eaten entirely devoured by ostensible dieters were seen as ranting. I wondered what sudden ailments I could fake, but headache, asthma, gout and a host of allergies were sneered at. They didn’t care if I swelled up and died

That meal finished about three hours later, and should have taught me a golden rule – eat safe. Somehow one is deigned to repeat history, and I still haven’t got over the excitement of an unusual listing on the menu. I suspect that every time we opt to try something new, there is a subconscious that also feeds the gratification of having tried something beyond our comfort zone.

Culinary journeys
There have been some memorable meals. Let’s begin with the innocuous. Slimy, pretty, bottle green seaweed in Boracay turned out to be delicious. Can’t say the same for balut, or fertislised duck eggs, that are a favourite street food all over Philippines!

A cousin in Suzhou was the pidan or century eggs. The eggs (duck, chicken, quail etc) had been stored, no, not for centuries, but a few months in a mixture of clay, rice husk, salt, and ash (!) and processed till the yolk turns dark green – blackish, and smells of ammonia. Tempted, anyone? Well, they are quite common in China. Yes, there are zillion other options on the menu to choose from!

Korea has live oysters in a preparation called sannakji, and involves eating cut up baby octopus live! You can clear your palate with silkworms! Cambodia brings out tarantulas, fried. Trust me, choose fried over steamed any day!

The first world is definitely not immune. And fancy as frogs legs sound, even in gay Paree, pick an alternate. Not tripe, for that’s just a fancy way of offering cow’s intestines. And unless you have thing for cows, avoid khash, cows feet soup in Yerevan, no matter how long your host convinces you about its deliciousness or how long it has been cleaned!

When in Scotland, avoid haggis – essentially steamed sheep stomach. Monkey brains in Hongkong were a no no too!

One felt sorry for the roo while having the kangaroo burger in Melbourne (chewy and strong, even at a fine dine cable car!). And for oneself when trying cricket tostadas in San Francisco (a perfect example of a city offering hundred cuisines in high quality, and I plonk for more bugs!!!). I much preferred the local cronut version. Not drunk down with civet or elephant dung coffee!

If you don’t like feni, avoid the Greek retsina as well, unless you want to taste to linger for all your trip! Actually yak butter tea fits in there too! Have candy handy to clear fresh Malaysian durian taste too.

Seafood is a veritable minefield of the weird and the wondrous. Even if the courage fails you when faced with a fugu, there’s lots more where that came from. Sea urchins in Mauritius were even visually a challenge, but they were on the buffet and I was damned if I wasn’t going to try one! Ya, ya, you been to the seafood strip at Bali’s Jimbaram, but did you choose your cuttlefish?

Indian cuisine seems almost tame. Yes there is the shutki, dried pungent fish, a favourite in Bengal or chaprah, red ant paste or eri polu, silk worm pupa in Assam. You liked the Goan sorpotel, made from inner organs of the pig, didn’t you? Mice, eaten more out of poverty, has incidentally been a huge factor in the discovery of edibleness of well, food.

Is there a line to draw? The adventurous, and also the childlike mind, will shut off warning signals. Beware for our bodies are all different, and food reactions, including allergies can be quite harmful, going up to paralytic and even fatal. That said, if you know your threshold, there’s a whole explored world of grub waiting for you. My line is drawn at creepy crawlies, including tamilok, yes the mangrove worms of the first para, and snake wine. And duck blood. And rice bugs. Yes, all they exist.  And are eaten with gusto. You may just discover your taste for them. 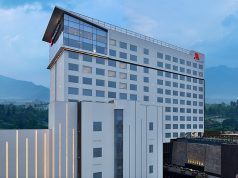