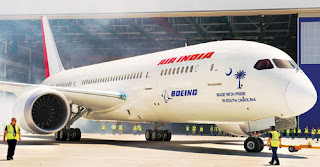 B-787 Dreamliner aircraft have proved to be commercially viable as Air India has earned a surplus of over Rs 18 crore in 52 days of its operation.

‘Performance of Dreamliners is satisfactory and they are commercially viable. The profitability of Dreamliner aircraft for the period 19 May to June 30 was total revenue Rs 118.62 crore, surplus over variable cost Rs 18.08 crore and passenger load factor was 70 per cent,’ Civil Aviation Minister Ajit Singh told the Lok Sabha today.

He said the aircraft is operating on Delhi-Bangalore, Delhi-Kolkata and Delhi-Chennai routes on domestic sectors, while Delhi-London, Delhi-Frankfurt, Delhi-Paris and Amritsar- Birmingham routes on international sector.