It should give you an idea of the crucial, and often underappreciated place the south of India – of India’s top 20 airports in terms of passenger traffic in 2014, 40 per cent or 8 are in South India. Read that to mean Tamil Nadu, Kerala, Karnataka, Telangana, Andhra Pradesh and Puducherry.

It’s a region that has big stars of Indian tourism. There are temple destinations such as Tirupati (on peak days the number of visitors to Tirumala tops 1.5 lakh!) and Madurai’s Meenakshi, magnificent forts such as Golconda, Srirangapatnam, Tranquebar or entire cities frozen in stone such as Hampi. Crucial repositories of history such as the Salar Jung Museum, unique natural heritage hotspots such as Mudumalai or Bandipur, the delightful hill destinations in the Nilgiris and Western Ghats – Ootacamund and Chikmagalur are here. Not to forget Kerala’s backwaters and beaches and shrines and hills and forests and waterfalls…. The entry points of Chennai, Bengaluru, Kochi and Hyderabad, are often destinations in themselves. 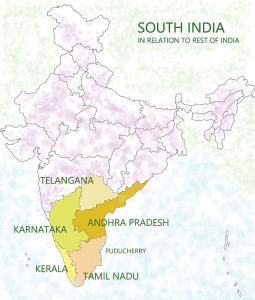 Yet the south is often not given the credit it is due in tourism planning. Let’s consider the numbers. The southern states have about one fifth of India’s population, around 275 million, which on its own would make it the fourth most populous country in the world, after China, India (well, rest of India!) and the US. One that is richer than the rest of India by about 15 per cent on average!

Even more significantly, while over 26 per cent of Indians earn below the poverty line, the corresponding figure for south India is a whopping 10 per cent lower – creating a larger percentage of people with disposable incomes.

Establishing quality empirical trends is notoriously hard in India. If partial statistics are anything to go by, the tourism sector would do well to focus into the wealthier south of India. The India average GDP per capita for 2013-14 was Rs 74,380, while the lowest for the any of the states in southern India was Karnataka, at Rs 84,709, Kerala and Andhra Pradesh were about 5 per cent higher, for Telangana it was Rs 95,361, while the average GDP per capita for Tamil Nadu was 112,664. Compare that to Rs 37,630 for Uttar Pradesh, Rs 54,030 for Madhya Pradesh. Figures for relatively wealthier but smaller states such as Rs 92,638 for Punjab or Rs 96,976 (2012-13) for Gujarat also pale in comparison.

Kerala’s efforts in tourism have seen it get established as a tourism model to emulate. ‘Visit Kerala’, is a major step in increasing inbound tourism, points out PI Sheik Pareeth, Director, Kerala Tourism. “The state is also employing innovative methods to increase tourism such as the Spice Route Muziris project. Another novel initiative of the state was to invite various film industries to shoot their movies in picture postcard scenic locations of Kerala.” The government has set up for Kerala Adventure Tourism Promotion Society (KATPS) for promoting adventure tourism in the state. KATPS is finalizing the master plan for adventure tourism at three sites – Kappil, Muzhpippilangad and Wagamon.

However natural and historically blessed Kerala is, consider it is the smallest state of the region by far, and other states have just as much to offer if not more in terms of tourism destinations. Foreign tourist arrivals (FTAs) in Kerala for 2014 numbered 923,366, a rise of 7.6 per cent over the previous year. The corresponding domestic numbers were 11,695,411, a rise of 7.7 per cent. The state earned Rs 24,885 crore, about a quarter of its earnings! Tamil Nadu ranks only after Maharashtra for FTAs nationally and third for domestic tourists. In its policy document for 2023, the state is targeting is 15 million FTAs, more than what the entire country gets today!

South India was always considered a winter destination because of scorching summer heat in the region, says Amod Thatte, Head Product, Contracting & Innovation, Tour Operating, Kuoni India. “However Indians have started travelling to the South in Summer too – especially states like Kerala & Karnataka. Similarly, South India is no longer just a pilgrim circuit.”

India’s tourism is waking up to the place of the region. “As a source market, southern India accounts for the highest share of online holiday searches on our website,” says Ranjeet Oak, Chief Business Officer-Holidays, MakeMyTrip, no surprise given that the region is the most literate in India. “South India is an important destination as well as source market for us. As a destination, it brings us good numbers for business travel, weekend breaks and pilgrimage trips all year round. The share in holiday transactions for the travel period Oct’14 to Mar’15 is 36%.” He says South India is also “one of the major source markets for North Indian hills. Almost 30% of our holiday sales for hills comes from south India.”

South India is an important segment for our domestic business, reiterates Neelu Singh, Director & CEO, Ezeego1.com.  “40 per cent of our overall business comes from South India. Also, almost 70 per cent of our winter bookings are for Kerala and Andaman.” Agrees Thatte, who points out that “for us, almost 70% of domestic traffic travels into South India during winter, and almost 25% during summer. 45 per cent of our turn-over is from the region”

There are many pluses for the region. “South India provides endless opportunities to create a variety of interesting itineraries for different types of travellers,” says Singh. “It has the potential to attract tourists throughout the year as it has something in store for everyone.”

“People typically take multiple holidays in a year, internet penetration (and openness to transact online) is high, and there is an interest in exploring different cultures and cuisines,” says Oak. “The market is open to new destinations, and often the best place to test a new product.” He says there has been consistent growth in business traffic from South India.

Airlines, especially global airlines, seem to be prioritising the region. “Combined with SilkAir, our regional wing, of the 86 weekly flights that we operate to/from India, close to 50 per cent are operating to/from South India, says David Lau, General Manager – India, Singapore Airlines. Etihad Airways has 80 flights to six destinations in the region. South India is a popular destination for leisure as well as for business, besides VFR, says Neerja Bhatia, General Manager – India, Etihad Airways. “Our target market includes modern business travellers who frequent South Indian locations on a regular basis as well as leisure travellers who target South India as a holiday destination.”

For British Airways, South India is a key market in the South Asian network, with our presence in Bengaluru, Hyderabad and Chennai, forming a critical part of the airline’s India strategy, says Moran Birger, Regional Commercial Manager – South Asia, British Airways. “Over the last few years, we have witnessed tremendous growth in these markets with an abundance of business activity and tourist attractions.” 21 of BA’s 49 weekly flights from India are from the South. To cater to the growing customer demand, we have also increased our frequency from Hyderabad and Chennai to daily direct service to London.” Middle Eastern carriers too have increased their presence in South India offering connectivity to a number of regional airports in the UK, points out Shivali Suri, Country Manager – India, VisitBritain.

Global tourism  boards, who have recently upped their efforts in India, are also looking actively at the region. Suri says that besides the usual trade engagements, product educationals and seminars, VisitBritain last year launched the Great Tourism Weeks, a unique targeted B2B show bringing the UK suppliers and the India buyers from the region under one roof with a designated week. “The last couple of years have seen an increase in MICE traveller to South of India,” says Bhatia.

Oak says challenges include poor connectivity to places like Vizag, Dandeli, Mangalore, Andamans, Lakshadweep, Murudeshwar, etc. “There is also a lack of good infrastructure (hotels & transport) at places such as Araku Valley, Gokarna, Murudeshwar, Chikmagalur, Kanchipuram, Lakshadweep etc.” As a source market, a major challenge is the lack of direct connectivity for destinations like Kashmir, Bhutan, Nepal and the North East, he says. Singh points out that infrastructure in Kerala is quite good, but is not adequate in the rest of the region.

The future for tourism in the region looks bright. High spending tourists are in the limelight when it comes to generating tourism revenue, says Pareeth. “We are targeting on increasing the number of days spent by tourists in the state especially for Ayurveda and wellness.”  The private sector is just as upbeat. “We have been consistently adding to the hotels in South India, considering the demand,” says Singh. “During winters, South India becomes our focussed destination for all marketing activities.” Thatte says there are still there are several undiscovered treasures which can attract many more tourists; while a little awareness within Indian travellers about the extraordinary architectural marvels of South India, could do wonders.

Both empirical and anecdotal suggest that tourism in South India looks to grow rapidly. 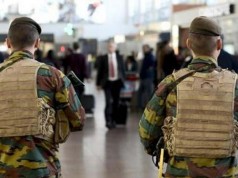 Gulf carriers to follow new security measures for US flights