CHANDIGARH: Uttar Pradesh would be the theme State for the 32nd Surajkund International Crafts fair, beginning from the first week of February at Faridabad in Haryana.

The fair is aimed to preserve Indian folk traditions and cultural heritage. It also provides a world-class platform for craftsmen from around the world to showcase their skills, Mr. Sharma said. 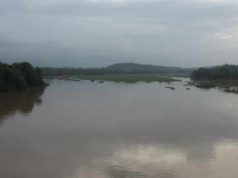 A new way with words