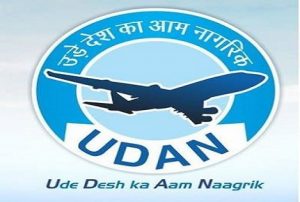 DELHI: Connectivity in the northeastern region will get a fillip in the second leg of the Centre’s Ude Desh Ka Aam Nagrik (UDAN) scheme with several relaxations and new norms.

The Ministry of Civil Aviation has relaxed a few norms to attract more players in both landlocked and water-locked regions. It is also trying to give more connectivity to regional areas under UDAN-II, reports The Shillong Times.

Some of the major relaxations include dilution of exclusivity clause, which mandated that only one airline flies on one route in the initial years. It has also relaxed the rule that the origin and destination airports must be 150km apart to qualify for the regional connectivity scheme (RCS) under which fares are capped at Rs 2,500 per hour of flying.

The ministry claims these initiatives will connect new destinations through air routes, allow travellers to save time and enable people from small-towns to take their first flights.

While announcing the scheme on Thursday, Minister of State for civil aviation Jayant Sinha said at present there are only close to 200 commercial helicopter services, and in a country like India, it has the potential to go up to 2,000.

If the scheme is successfully implemented, the air connectivity to difficult terrains of the North East, Jammu and Kashmir, Himachal Pradesh, Uttarakhand, Andaman and Nicobar and Lakshadweep will get a major push. The ministry has marked these regions under priority areas.

The actual number of airports could increase as helicopters are able to land in places other than airports and landing strips. Under the scheme, an operator is entitled to receive funds from the government in the form of viability gap funding (VGF) if a fixed number of seats on the flight are sold at a fare of up to Rs 2,500.

IndiGo has announced its plans to buy 50 ATR planes and SpiceJet has also signed a letter of intent to buy 50 Bombardier Q400 regional planes.