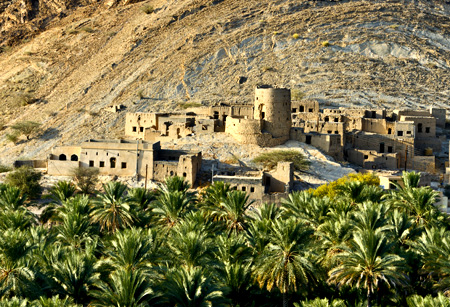 It isn’t still on the globally culinary map. Though it richly deserves to be. Oman, located on the eastern corner in Arabian peninsula, is not a country is available in the culinary capitals of the world.

Soft, delectable Malabar porottas, fragrant, richly spiced lamb and beef curries, generous platefuls of biriyani, a salad of sliced tomatoes, carrots, cucumber, onions and topped with green chillies. You could be forgiven for thinking you had never left India. Or at least Kerala – when eating out in roadside restaurants. Top end luxury hotels on the other hand offered what they are best at – lavish buffets that offer everything from omelettes to waffles and pancakes – with little to distinguish them from anywhere else in the world.

In search of Oman’s traditional cuisine, I had begun to despair a little. Standard hotel fare was not what I was after. This corner of the Arabian peninsula had indeed transformed in the last three odd decades. Traversing through the capital Muscat’s sprawling residential and commercial quarters, one could be forgiven for thinking this could be Dubai, but for the skyscrapers. Modern, bustling, sparkling white low rise buildings interspersed with an occasional date palm and seemingly more frequent KFC and McDonald’s, Muscat is an apt model for a progressive, liberal Arab city. With a population whose per capita income is rivals that of the Swiss!

The trouble was – at least from the culinary point of view – about half the population of about 4 million is south Asian, especially Indian! Which was making my search for the ‘authentic’ meal a little difficult. Having sampled and gorged one’s way through considerable culinary treasures of the region, from Turkey and Lebanon, through Egypt and Jordan to Qatar and Iran, I had been anxious to see if the mujadara would be different, how the kebabs would be spiced, whether the pilaf had a different texture. What of the halva and baklava?

However there is a lot more to Oman’s traditional cuisine. The cuisine may be ceding ground to global fast food trends, but homes are a good place to find older traditions. Do try and wrangle an invite if possible, failing which there are restaurants, especially in Muscat, which serve traditional style meals. Bait al Luban, just off the Corniche in Mutrah, is a good place to start. The decor tries to replicate an Omani house, complete with low style seating, carpets, and cushions in the locally dominant red and black hues.

Concentrate on the menu though. It offers a good peek into the diversity of the national cuisine. Start with mishkak – a starter of chargrilled lamb, chicken, squid and prawn in traditional Omani spices accompanied with a tangy tamarind sauce. Homes may replace the squid with other meats. The spices have come from India for centuries, and are considered local!

An average meal could include soup such as shorbat laham wa harees – basically slow cooked meat with barley and flavoured with cardamom, ginger and black pepper.  An alternate local soup is fish stewed in tomatoes and turmeric. Vegetarian choices would traditionally be confined to lentil soups.

The showpiece meal of the Omani cuisine is the shuwa. A grand meal usually reserved for special occasions, it consists of meat marinated overnight in a variety of leaves. Traditionally it would be a whole cow or goat. It is served with fragrant rice and lemon garlic sauce. Less ambitious and a daily staple would be qabouli laham, rice cooked in a meat broth.

For a country that is almost totally covered by desert, meats play an important part in any meal. That said, Omani food seemed to be less spicy than most Arabic food, though cooked with more herbs and spices, and usually served in large portions. Vegetables traditionally have been sparse, but are increasing with greater imports and a more multi ethnic population.

No meal is quite light, and the feeling of well fed comfort truly begins telling when you have the halwa. Omani halwa is wheat-based, which gives it a quite different taste and texture. It is traditionally made from semolina, butter, sugar and rose-water, and is flavoured with cardamom and almonds and slow-boiled over a wood fire. Halwa is usually on sale everywhere – grocery shops would be a good place to find them, usually in plastic tub shaped containers in different sizes. Baklava is less visible here than in the rest of the region.

A good way to wash down a meal is laban – a salty combination of yoghurt and buttermilk. Indeed, milk or yoghurt based drinks are popular, though try camel milk at your risk – it’s salty, and could remind you of the Tibetan / Ladakhi salty tea.

Of course a star of any meal, any time of the day, are dates. Omani dates are famous for their quality and are served with kahwa, or coffee. Like the rest of the region, qahwa usually comes in small glass or ceramic tumblers and is black, though spices such as cardamom and cloves are commonly brewed along with the coffee. Add sugar and milk at your risk too, it’s not the custom. Any host keeps pouring the coffee as soon as down your drink, and you have to make it clear that you have had enough by saying bas, shukran!

I tried to replicate these meals everywhere I travelled, and indeed the efforts were truly rewarding each time. Next time you are in Oman, do make the effort, for it is a cuisine that still not easily available outside its borders. 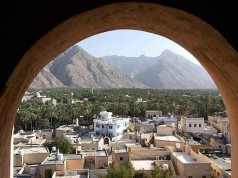 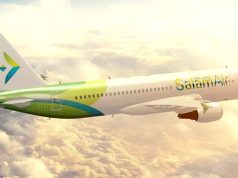 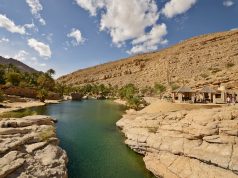