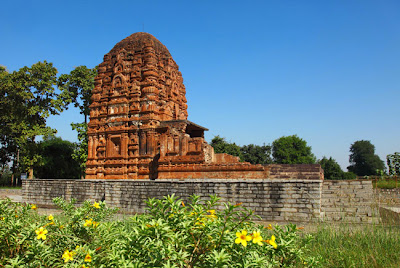 RAIPUR
The three-day annual Sirpur National Dance and Music Festival-2014 will begin in the backdrop of magnificent ancient Laxmana temple at Sirpur town, 78 km from Raipur on January 4.

This is for the second time that the Sirpur festival is going to be organised in the small town – well known for its archaeological monuments and ancient temples – by Chhattisgarh Tourism Board (CTB).

Well-known singer of Hindustani classical music Shubha Mudgal, Sufi singers and musicians Wadali brothers, Teejan Bai, an exponent of Pandavni, a traditional performing art from Chhattisgarh, among celebrated artistes of national and international fame will perform at the festival close to the brick structured Laxmana temple – one of the finest temples of India.

“The three-day festival is aimed at bringing eminent artistes of national and international repute on one platform,” CTB Managing Director Santosh Mishra who today took stock of the preparations for the mega event told India Today from Sirpur in Mahasamund district.