MUMBAI: The ministries of tourism and shipping have reviewed the detailed report prepared by Bermello, Ajamil and Partners, EY and Finance for Cruise Destinations on Monday to finalise the cruise tourism policy.

Sources said that both the ministries gave various suggestions to the consultants to be incorporated in the final draft, reports Moneycontrol.

It was learnt that another month or two are required to fine tune the report before any policy can be formulated.

Union minister for shipping, Nitin Gadkari, had said that cruise tourism could be a “game changer” for India and that the sector has “untapped potential” that could drive India’s “economic growth engine”.

Despite having a vast shoreline of about 7,500 kilometer, India failed to exploit the maritime potential, especially for tourism purpose.

Also read: India begins its cruise, but it has to navigate rocks

Ministry of tourism had passed Cruise Shipping Policy in 2008, when India’s share in the global cruise tourism industry stood at two percent. In 2016-17, its global share for passenger count came down to mere 0.5 per cent. It has been estimated that close to 70 cruise ships came to India last year.

The minister plans to take cruise liner traffic to 700 a year and grow the passenger count to 1.5 million by 2031-32.

Sources said that five locations were suggested by the consultants to be developed under the policy framework. The ministries are yet to decide their feasibility. These locations could be Mumbai, Goa, Cochin, new Mangalore and Chennai.

Cruise tourism failed to flourish in India due to restrictions on foreign cruise liners, taxes levied based on tonnage (cargo volume) instead of passenger count et cetera. 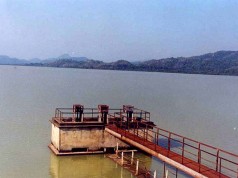