DELHI: The three Scandinavian countries, Norway, Sweden and Denmark, are stepping up their efforts to promote the region as a tourist destination for Indian visitors.

Scandinavian Tourist Board (STB) is banking on the region’s attractions, such as its natural beauty (fjords, Aurora Borealis, lakes, snow, rolling plains etc), excellent quality of lifestyle, liveable cities, design sense, the new Nordic cuisine, numerous activities and culture for Indians, besides the novelty as a factor for well heeled Indians to travel in increasing numbers to the northern European region.

“India is a very important source market in Asia for Scandinavian tourism,” Scandinavian Tourist Board (STB) India Representative Mohit Batra said ahead of a roadshow. “It is the amongst the top three source markets in Asia.” China is ahead, but India is catching up with Korea, and just ahead of Japan in numbers.

As part of the Schengen visa area, transit between the three countries is easy and hassle-free. However that makes it difficult to exactly pinpoint just how many Indians are travelling.

“One of the important factors that Indians find attractive in the Scandinavian countries is the language as English is spoken across the region,” Batra said. He estimates that currently level for Indian travellers is about 3,50,000 room nights for Denmark and Sweden (Norway still does not count). “We are looking for a growth between 10 to 15 per cent in the bed nights from India in 2017 as more and more Indians become aware that we are not that far off and about what we offer,” Batra said.

On average Indians are spending about ten days in Scandinavia, a destination often visited together, especially for first time visitors. The Scandinavian Tourist Board (STB) is a joint initiative by the national tourist boards of Denmark, Norway, and Sweden and is responsible for promoting Scandinavia and Scandinavian tourism products in Asia-Pacific.

Sweden is expecting a growth of around 15 per cent year-on-year in 2017, Visit Sweden Regional Director Growth and Development Markets Lotta Thringer said, adding that Sweden saw around 158,000 bed nights in 2015.”

“India is a market of the future,” stresses Per Holte, Market Director Tourism, Asia and New Developing Markets, Norway. He says he can see the number of Indians visitors growing as they apply for visas at the country where they will spend the most days, which is usually Norway! About 18,000-20,000 applied last year.

The visa process for all the three nations officially takes two working weeks, though it could get done sooner.

While the growing Indian middle class and economy are factors that prompting Indians to travel more, many earlier challenges such as the lack of availability of Indian food have eased up a lot as many Indian restaurants have opened up, not just in cities such as Copenhagen or Stockholm, but even smaller tourist destinations.

“We have seen a growth of about 11 per cent in the number of Indians, says Giuseppe Liverino, Project Manager, Travel Trade and PR, Wonderful Copenhagen,  public private partnership that promotes the city. What Indians like to visit – the Mermaid and the Carlsberg factory!

Connectivity is a slight issue as there are no direct flights. Indians usually travel via Finnair or Emirates or Turkish Airlines. A direct flight to Scandinavia will make a big difference, Thringer said. SAS earlier had direct flights and is said to be considering them again.

Despite that there is a healthy upswing in the number of Indian visitors, something Scandinavia is geared to cater to, assert all the representatives. With an enviable quality of life, Scandinavia may just have much more to offer than just its overt tourist destinations.

A number of participants, including NTOs, DMCs, airlines, and representatives of specific attractions are participating in the roadshow. 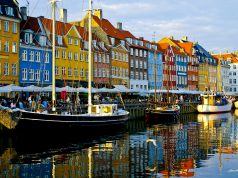 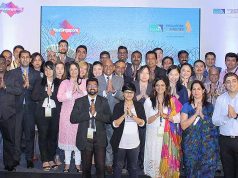