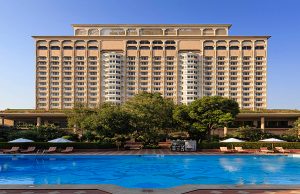 A Bench of Justices P.C. Ghose and Rohinton Nariman agreed with the NDMC’s argument that the first right of refusal is in-built in the very process of e-auction as the highest offer is open before the bidders reports The Hindu.

This way, the NDMC convinced the court that there was no need to provide Tata Group’s Indian Hotels Company (IHCL), which had “collaborated” with the NDMC in the latter half of the 1970s to construct and run the five-star hotel, the first right of refusal to match the highest bid at the auction.

The court, however, said the NDMC should keep in mind the unblemished manner in which the Tatas had run the hotel for over three decades, and this legacy should feature the foremost at the auction.

The court observed that in case the Tatas lose out in the auction, they should be gracefully given a period of six months to wind up their commitments at the hotel and leave.

With this, the Supreme Court has in a way confirmed the conclusions arrived at by the Delhi High Court in the latter’s 52-page judgment on October 27, 2016.

The High Court judgment had held that “unless there is a social or a welfare purpose or any other public interest which is served, an asset held for the benefit of the public if commercially exploited, should be sold by way of an auction or an open competitive bidding because it would then fetch the maximum revenue.”

Besides, the High Court had considered the grant of right of first refusal to IHCL as a “negative stipulation qua the right of the highest bidder would obviously have an adverse impact on the bid amount.”