In order to repair the roads in the district that have been ravaged by the prolonged monsoon season, the Union government has sanctioned Rs. 42 crore under the Central Road Fund, said district in-charge Minister B. Ramanath Rai here on Friday.

At an interaction meet organised by the Federation of Karnataka Commerce and Industries (FKCCI), Mr. Rai said that Dakshina Kannada has received a fair share of the fund — which is a corpus of the Rs. 2 cess per litre on diesel and petrol. Udupi too, he said, has been given a similar amount. This will be used to asphalt badly damaged roads, and works would start “soon” he said.

Similarly, Minister for Health and Family Welfare, U.T. Khader said the road repair work could be undertaken now as monsoon has ended. Among the major projects to be undertaken, he said, was upgrading the stretch from Thokottu leading to Infosys that passes through Mangalore University, at a cost of Rs. 7.5 crore. 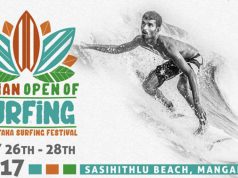 Second edition of Indian Open of Surfing from May 26