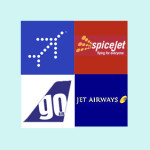 In a letter to Prime Minister Narendra Modi on August 25, the FIA has raised several issues concerning the sector and has sought a meeting to discuss the same.

“At a time when the incumbent airlines are committed to high cost domestic networks due to the 5/20 rule and the RDG (Route Dispersal Guidelines), the removal of these rules will vitiate the level playing field that exists in Indian civil aviation,” FIA letter signed by IndiGo promoter Rahul Bhatia said.

IndiGo to look at GE engines for A320 neo planes