DELHI: Yash Chopra’s romantic Bollywood sagas boosted the popularity of Switzerland like never before. Now, actor Ranveer Singh as the country’s ambassador in India, has managed to drive a 25 per cent growth rate in the overnights in the Alpine nation, said a top official.

Ranveer, currently being talked about for his role as the villainous Alauddin Khilji in “Padmaavat”, was in 2016 appointed Switzerland’s first Indian ambassador, reports IANS.

“We couldn’t be luckier to have Ranveer Singh as our brand and country ambassador. He has really boosted the image of Switzerland in terms of tourism to make it younger, fresher, more exciting and more active. This is exactly how we want to position Switzerland in future to place it as the most desirable outdoor destination and he is helping us in doing just that,” Martin Nydegger, the newly appointed CEO of Switzerland Tourism, told IANS in an email interview.

“We reported a new record of 25 per cent growth rate in the overnights. We are absolutely convinced that it is certainly due to the efforts to get with Ranveer,” he added.

Their arms are open for Bollywood associations.

“We are very happy to extend and continue with Ranveer Singh in 2018 and we are very much looking forward to that.

We would always welcome all the production companies, stars and all the whole of Bollywood industry to continue shooting in Switzerland,” Nydegger said.

India is a rapidly growing market for the Switzerland tourism industry. 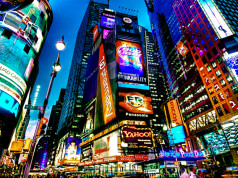 India one of US’ most significant tourism origin countries: Official

Akshay Kumar to be brand ambassador, for…