PUNJAB
India’s Punjab tourism and cultural affairs minister Sarwan Singh Phillaur said that the Punjab government will provide adequate security to foreign tourists so that they would know the rich culture of Punjab without any fear. Presiding over the annual function of Uma Rana Public School, Sanghol, on Friday, Phillaur said the government had taken concrete steps to nourish tourism in the state, so special police forces would be provided to the foreign tourists.

Efforts were also on to promote tourism with the help of the United Nations Educational, Scientific and Cultural Organization (UNESCO), said Phillaur, adding that the new tourism policy was aimed at attracting tourists not only from India, but from abroad also. He further said the government’s policies and actions were stimulant to attract more tourists to the state by extending incentives under the new Industrial Policy to the tourist sector.

The tourism industry had emerged as the second largest employment generator at the national-level in the state, he said, adding that to further enhance the tourism potential of the state, different stakeholders-sectors like hospitality, transport, aspiring artists, handloom and handicrafts etc. were given the boost by the government. 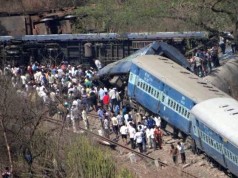