DELHI: On day two, the ‘Paryatan Parv’ wave spread all over the country creating a climate of tourism from Gurdaspur in the North to Kovalam in the South up until Portblair down south, with Ahmadabad in the west to Shillong in the east – Everyone celebrating the new season of travel this “PARYATAN PARV 2017”, reports News Voir.

Netizens on Twitter took up to sharing their interesting travel pictures under the #IncredibleIndia and #ParyatanParv2017.

Starting off the day with a cycle rally at Old Delhi (Purana Quila) all through Daryaganj, Jama Masjid, Red Fort organised by India Tourism Delhi flagged off by the Director General (Tourism) Satyajeet Rajan.

India Tourism office in Guwahati organised a yoga session. This was followed by students Rally from Borbari to Six Mile, Guwahati with 150 Students, faculty members of IHM and officials of India Tourism.

From the Gwalior IITTM campus, a Hygiene awareness Program for the Street food vendors and local shopkeepers was organized where gloves were distributed to all the vendors for their use along with the training of serving and keeping the nearby space clean and hygienic.

A “Rally on Tourism” was organized by India Tourism, Goa in association with IHM Goa and the National Institute of Water Sports, Goa at the historic Fort Agauda, Goa early in the morning with participants numbering more than 100 taking part in the Paryatan Parv rally. A “Sensitization Programme” was also conducted in front of the Fort Aguada for the Street Food Vendors, Souvenir sellers on importance of personal grooming and hygiene. 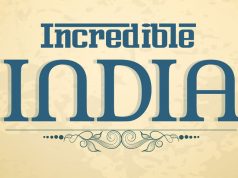 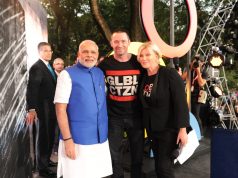 MoT to crack down on operators using ‘Incredible India’ brand without...