Until about two years ago, Hampi was packaged keeping Indian tourists, who came to its ruins, in mind. Pilgrims who visited the ancient decript capital of the historic Vijayanagar empire with urns of deceased family members were not there to see the boulders, or visit the hippie stores by the roadside. For them, Hampi was a small-town comfort zone, with the right mix of convenience restaurants, souvenir shops and some vestigal ruins that spoke of past imperial glory. There were candysellers, sellers of tender coconuts, irreverent monkeys.

Visitors in sun hats explored the periphery of Ganesha statues and pillared temples. For years, this World Heritage Site was a place where cheap clothes in psychedelic colours were available to credulous vistors at eccentric prices and fake silver jewellery. A frail old man, with multiple piercings all over his body, sold Bob Marley T-shirts. If you and your friends were urban chic, he would also offer weed/grass/pot at “good price”. There were more like him, who operated out of street corners. Not any more. Even the shops have been pulled down.

Hampi was seen as a quieter cousin of the bygone hippie haven, Goa, without its beaches. Monsoon is the best to visit Hampi—the scorching waves that emanate from the rocks become mildly bearable at sundown. Also, the rates for hotels and food comes down by three quarters. At the resort on the other side of the Tunga river, you get the hammock to yourself, though the dinner menu is just two dishes and a half. In a this-versus-that argument, the hammock and rain won. I was back in a familiar, loved place after three years. 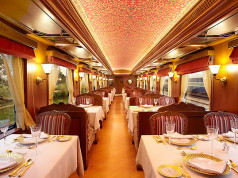 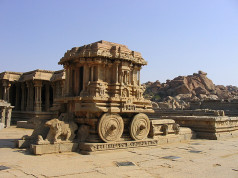 A bike ride to Hampi

Hampi Utsav to be held for three days from Jan 9

Check out the travel trends for 2014