JAIPUR
Wildlife in state is again under attack. One of the tigresses in Ranthambhore National  Park (RNP) might be dead. Sariska suffered a severe blow in 2005 when the tiger reserve lost all its tigers and now RNP seems to be headed the Sariska way. T-17, which is said to be the most frequently-sighted tigress in RNP, has been lost in oblivion.

A search for the feline that started months ago has been futile and even the department officials had accepted in a hushed manner that the big cat is dead. This raises serious concerns since the animal may have been poached as it was last sighted in the vicinity of a village where illegal mining occurs.

The tigress was last sighted during March. “Till March 2013, the tigress along with its cubs moved to the Dhakda forest range, which is closer to the periphery area of the forest. 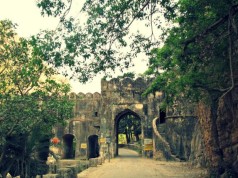 In the jungle, the mighty jungle…