CHENNAI: As many as 4,000 tiny red-eared tortoises were caught by the customs officials at the city airport for the second time this month, when a passenger was trying to smuggle them from Malaysia to Chennai on Saturday night.

Customs officials said that on Saturday night during a routine passengers profiling, one Mohamed Habib, a native of Ramanathapuram, tried to smuggle in the tortoises in his suitcase, reports The New Indian Express.

“Around 4,000 tortoises, all sized about one inch each, were dumped in a suitcase two feet in length and one and half feet in breadth. The passenger tried to smuggle the tortoises from Malaysia,” said an official.

The officer also said that the man tried to smuggle the same species of tortoises 26 days ago, but his attempt had failed. Recalling the previous incident, the official said the man was detained and released earlier this month.

“Previously, he was found carrying 5,000 live tortoises. However, he paid the fine of `5,000 and was released,” said the officer. 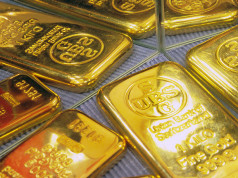 Chennai airport expansion to be considered

All flights to resume from Chennai airport on December 7

AAI plans for upgradation of airports in 4 years