A building complex consisting of a night-halting station for houseboats and recreation centre for tourists is under construction at Vattakayal here. The project, spread over 3.5 acres, with an outlay of Rs.9.119 crore, is being executed by Kerala Irrigation Infrastructure Development Corporation Limited.

Work would be completed by April or May this year, Corporation Managing Director P. Anil Kumar toldThe Hindu.

The halting station will cater to the long-felt need for a facility for houseboats to have berthing and allied facilities. The houseboats are not permitted to operate during nights. The boats have to halt at various spots along the backwaters. Such halting points, mostly on private property, had been causing inconvenience to the boat-operators as well as passengers.

The new facility will provide necessary infrastructure for the houseboats to replenish their stock of water and fuel. The station would have a passenger recreation centre, including an amphitheatre, cafeteria and a few shopping outlets, Mr. Anil Kumar said.

The houseboat owners have been demanding night-halting facility for the craft. All Kerala Houseboat Owners Association president Josekutty Joseph said the amenity centres set up earlier for stopover of the boats at different places along the backwater cruise route such as Pallathuruthy, Kumarakom, Nedumudi, Moonnattumugham and Kanjippadam had been in disuse due to inadequate facilities. The centres could be revived with modern amenities. 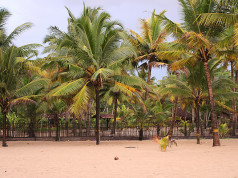 Video: Secrets of Muziris, the biggest port of ancient world