MUMBAI: New Zealand has been declared the best in the world in the UK Daily Telegraph’s travel awards for the fifth year running.

And among an impressive line-up of international awards by tourism leaders and travel publications, New Zealand has also been named one of the top 10 countries in Lonely Planet’s 2018 Best of Travel, according to a release.

Almost 90,000 readers voted on the British newspaper’s annual list of the world’s 50 greatest countries, and New Zealand again led the charge. Daily Telegraph voters gave abundant urban adventures and wilderness activities as reasons for their choice, along with scenery on a Lord of the Rings scale, living Māori culture, having family and other connections, and New Zealand’s mild climate, fine wine and food, low rates of crime and pollution, and lack of creepy crawlies. Air New Zealand came fourth in the top 10 long-haul airlines.

Lonely Planet placed New Zealand fifth on its roll call of the top 10 countries to visit in 2018. It’s the country’s second time on the list, after first appearing on it in 2010.

The global travel authority focused on New Zealand’s nine Great Walks through pristine landscapes, and its natural effervescence – volcanoes, glaciers, Rotorua’s geysers and bubbling mud pools, and geothermally heated beaches like Hot Water Beach on Coromandel Peninsula. It referred to drawcards such as the beaches of Abel Tasman National Park, the mountains of Tongariro and Aoraki Mt Cook National Parks, and Route 6, the state highway running the length of the South Island’s west coast.

The vitality and character of Auckland and Wellington also received honourable mentions by Lonely Planet. Travel & Leisure magazine named both cities, plus Queenstown, among the top five cities in Australia, New Zealand and the South Pacific, and Waiheke as the region’s best island.

New Zealand continues to go from strength to strength as a travel destination. The Readers’ Travel Awards hosted by British magazine Conde Nast Traveller rate New Zealand as one of the 20 best countries in the world (coming in at No. 15). And for the second year running, the World Travel Awards – considered the Oscars of the travel world – named New Zealand as Australasia’s Leading Adventure Tourism Destination. Air New Zealand was named Australasia’s leading airline and airline brand, and Auckland the leading airport.

Distance clearly presents no barrier, as New Zealand is increasingly a magnet for visitors from Europe, the United States and Asia. Airlines have added new itineraries as well as boosting capacity on existing routes. More and bigger cruise ships are visiting. Official figures show rising tourist spending, with international visitors now contributing a fifth of all export earnings. Overseas arrivals grew 9 percent in the year ended March 2017 to more than three and a half million, most of the visitors intent on relaxation and adventure. More than 38 million guest nights were recorded in short-term accommodation – that’s a lot of people resting their heads after heady days packed with the kinds of experiences for which New Zealand is famed.

New Zealand has not only been recognised as a standout destination – many of its hotels, lodges and resorts are lining up among the world’s finest luxury accommodations.

The World Luxury Hotel Awards – “the Oscars for luxury properties”, voted by more than 300,000 international travellers – gave top honours to Treetops Lodge and Estate near Rotorua as the world’s best luxury wilderness lodge.

Several New Zealand properties feature in Travel & Leisure’s World’s Best Awards. The Lodge at Kauri Cliffs in Northland and The Farm at Cape Kidnappers in Hawke’s Bay appear in the magazine’s Top 100 hotels in the world, in fourth and 40th place respectively. Both are listed among the Top 5 resort hotels in Australia and New Zealand, in first and second place, accompanied by Matakauri Lodge in Queenstown in fifth place.

As the icing on the cake, the World Happiness Report for 2017 has named New Zealand the 7th happiest of more than 150 countries, surpassed only by five nations in northern Europe plus Canada. The report assesses incomes, life expectancy, having someone to count on in times of trouble, generosity, freedom and trust (measured by a lack of corruption). Such a glowing report card is, on its own, a compelling reason to visit and share some of New Zealand’s special brand of joy. 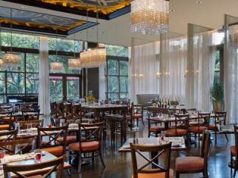 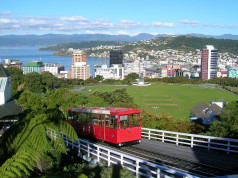 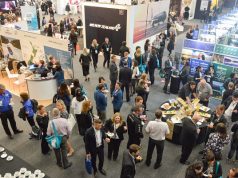