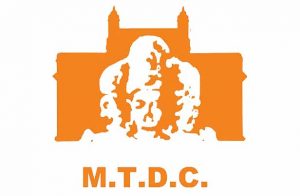 MUMBAI: State Minister for Tourism Jayprakash Rawal has apparently overruled a suggestion for austerity and use of government-empanelled agencies by the Maharasthra Tourism Development Corporation (MTDC) while organising promotional events in Germany and Russia.

Sources in the State government said the Indian Summer Days event in the German cities of Karlsruhe and Frankfurt and an Indian Film Festival in Stuttgart, and later in Russia, will cost the State exchequer ₹1.8 crore, reports The Hindu.

The Devendra Fadnavis government is faced with an expenditure of ₹34,000 crore for the recently-approved farm loan waiver scheme. The events in Germany, to be held from July 19 to 23, have commenced. The Russia leg will start immediately after.

Sources said Mr. Rawal disregarded a proposal submitted on July 6 by MTDC Managing Director Vijay Waghmare, which suggested measures in keeping with the need for austerity, and names of two empanelled agencies to organise the events in both countries. “However, the very next day the Minister overruled the proposal and directed that an agency not empanelled with MTDC be given the contract,” sources said. They added that Mr. Rawal had cited the recent visit to Germany by Prime Minister Narendra Modi for the G20 summit, and the nation’s prestige, as reasons for urgency in organising the events.

In his proposal (a copy is available with this newspaper), Mr. Waghmare suggested that Nakashe Entertainment, an agency empanelled with the State government, be appointed for organising the events. He said Tattva Tourism Solutions and Alica Purple, which bid for the contract by submitting tariff cards and analysis reports, were not empanelled and had cited high rates in their proposals.