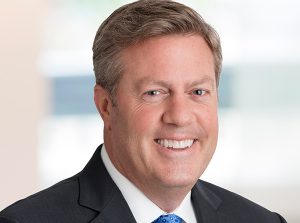 Speaking at the India Economic Summit, he said objective of GST is good, but 28 per cent is very high, reports PTI.

Under the GST regime, hotels with room rent exceeding Rs 7,500 attract tax rate of 28 per cent, while accommodation in any hotel, including 5-star hotels, with tariff of less than Rs 7,500 per day is to be taxed at 18 per cent.

When asked about one thing that he would like to see happen in the travel and tourism sector, Smith said: “Cut red tape…it takes so many permits to do anything… it is at every level. It is complicated.

“I have lived in 13 countries…And the two countries that have always been in my mind … India and Brazil are the ones which became most socialist …it is the hardest place to do business,” he said.
Smith said the company has 6,000 hotels across the globe and 100 are in India.

“We as a company are bullish on India…Tourism helps in creating jobs…We need to work together…You need to pick 4 -5 destinations and make them hubs,” he added.

He further said steps like e-visa are phenomenal to boost tourism sector in India but pointed out that land and capital are very expensive here.

People should understand that tourism is not luxury, it creates jobs, he said, adding the country needs to develop five special tourism zones like Jaipur.

Kerala and Goa have done so good and they are great examples in tourism, he added.

Kerala and Goa have done so good and they are great examples in tourism, he added.
He further said about 180 permits are required to build one hotel anywhere in India.
“It takes 2 years to build a hotel in Japan…It takes 7 years to open a five-star hotel in India. That capital sits and (remains) unused for 7 years…it becomes expensive,” he added.

AC, first class train fares to go up marginally due to...