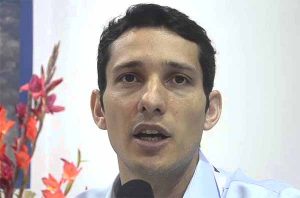 DELHI: The ‘Land of Creation’ is having an exceptionally good year, at least in India. Looking the number of Indian tourists headed to Israel, it looks like it not only will it be a good year, but a record year by some distance. For a tourism board that really started out in India just a couple of years back, it has been an exceptional, almost heady journey and Hassan Madah, India Director, Israel Ministry of Tourism (IMOT), could well pat himself in the back. Well, he is not sitting back on his laurels, and has set ambitious targets, he tells Suman Tarafdar on the sidelines of a stopeover in Delhi during a whirlwind six-city roadshow, with stops in Mumbai, Delhi, Kolkata, Bengaluru, Chennai and Hyderabad. Excerpts…

Given that the January to July figures are at a record level, at how many Indian visitors are you looking to close the year?
This year in the first seven months till July we have seen 34,000 Indian tourists visit Israel. We are looking at about 55,000 Indians visiting Israel this year. 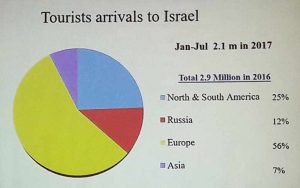 Any longer term targets?
Looking at the steady increase in tourists arrivals from India, Israel is eyeing one lakh Indian travellers to visit the country by the next year.

What is the current focus for the tourism board?
We are focused in tourism promotions in India and easing the visa process.

Are you working on simplifying the visa process?
The visa process has become simple. For individual applicants, we have VFS centres, who coordinate with our embassy in Delhi or consulates in Mumbai and Bengaluru. Group visa, for groups of 10 or above, is through travel agents and the process is simple.

What groups are the top targets for IMOT?
We are targeting travellers for pilgrimage, leisure and meetings, incentives, conferences, events (MICE), including weddings. We are also looking at niche segments such as agro tourism, medical tourism and ecotourism.

Are you able to estimate what is the breakup of tourists visiting Israel by religious, leisure and corporate-MICE segments?
Currently about 40% are religious tourists, mainly from the south, west and north-east India. About 20% are leisure and the rest corporate and MICE.

How do you plan to the increase the number of Indian leisure tourists?
We are trying to attract more tourists who will go for leisure. Often people come for a business trip and realise they can come for holidays as well. We see FITs getting converted to groups as misconceptions are cleared.

For an average Indian tourist, how expensive would you say Israel is?
Israel is not a cheap destination. While it is not as expensive as Norway or Switzerland, it is more expensive than Thailand or Dubai. We see it as premium but affordable, with price levels akin to east Europe. However budget travel is also possible in Israel.

Which are the most likely Indian demographic groups likely to travel to Israel for leisure?
For now, we are targeting people from the metros. Israel is unlikely to be destination for the first time traveller from India. We want evolved travellers.

“Initially, we want to focus in the big and metro cities. Gradually, we will expand our promotions to tier II and III cities,” he added.

Is the ministry looking to provide any assistance, incentives or training to Indians?
We have no plans for incentives for groups. However we are training MICE agents. We are taking a top level corporate FAM tour soon.

When the Indian prime minister visited Israel earlier this year, he announced Air India would be launching direct flights. Are you able to fathom what is leading to the delay in starting the service?
From what we understand, Air India is exploring different flight routes. They are not going to be taking the route currently used by El Al, and are exploring other routes.

Currently El Al flies 3-4 direct flights a week from Mumbai to Tel Aviv – depending on the season. Other easy connections are by Turkish Airlines, Ethiopian Airlines and Aeroflot.

What kind of budgets do you have for promotional activities in India?
For tourism promotions in India, Israel Ministry of Tourism (IMOT) is spending US $5-6 million in India this year.

Do you have plans for India specific ads?
The ad that we ran in India in February and March was made for India. It has been so successful that it may now be used in other countries. (smiles)

What important is social media for promotion of tourism?
Yes, social media is very important. Half our campaign budget went to social media last year. We reach out through different popular platforms – facebook, instagram, twitter and others. We saw 12 million views for the ad I referred to earlier.

IMOT had a promotion with actress Sonam Kapoor last year. What has been its impact?
We can’t say for anything that it impacted us directly. However, numbers are up, and we are doing a number of activities so attract more and more Indians to Israel.