MEXICO CITY: At least 42 people are dead after a 7.1 magnitude hit central Mexico Tuesday afternoon on the 32nd anniversary of the biggest earthquake to ever strike the country’s capital.

According to the United States Geological Survey, the earthquake struck at about 2:14 p.m. ET near the town of Raboso in Puebla state.

LATEST UPDATE
A spokesman for Puebla’s interior department says that 11 people have died so far in the central Mexican state following a magnitude 7.1 quake.

The deaths reported by spokesman Francisco Sanchez bring the toll across Mexico to 55.

The tremor on Tuesday struck eight kilometres southeast of Atencingo in the central state of Puebla, some 120km from Mexico City, at a depth of 51km, according to the US Geological Survey (USGS).

The 42 deaths occurred in the state of Morelos south of Mexico City, the state’s governor, Graco Ramirez, said in a tweet. He offered his condolences to the victims.

Photos: the scene after a magnitude-7.1 #earthquake struck the central #Mexican state of #Puebla according to #USGS https://t.co/GaZBCieoU8 pic.twitter.com/boPgdIKPh9

Tremors from the quake could be felt in Mexico City, about 76 miles northwest of the epicenter. Thousands of people on the capital’s main boulevard streamed out of buildings and into the street in panic, The Associated Press reported. 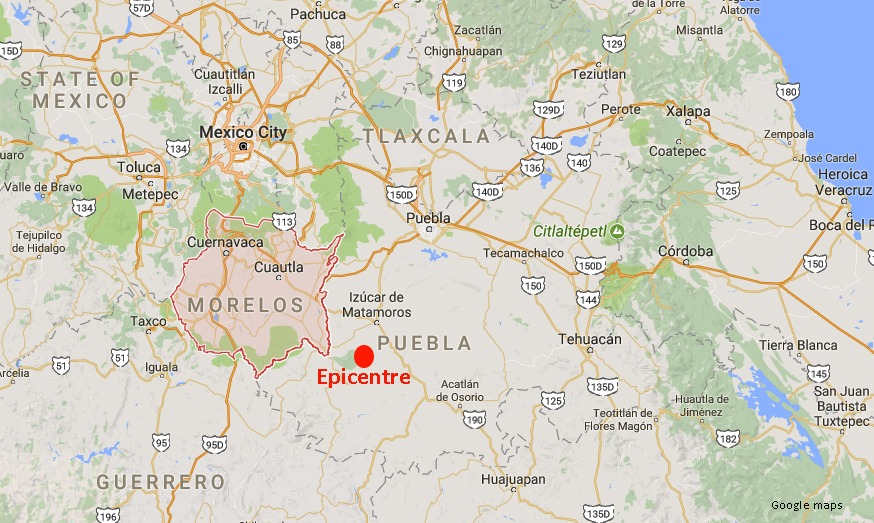 Mexico City International Airport was damaged in the quake, according to reports on Twitter. Video posted on social media showed a giant crack blocking its entrance.

Photos and video posted to social media depicted the damage in Mexico City, which included collapsed structures and cracks in the streets.

Miguel Angel Mancera, the city’s mayor, said there were fires in various buildings with reports of people being trapped inside them.

Local media broadcast video of whitecap waves churning the city’s normally placid canals of Xochimilco as boats bobbled up and down.

Al Jazeera journalist Ali Rae, who was in Mexico City when the earthquake struck, said: “The building I was in began to sway back and forth. As the waves got stronger, the shelves began to empty and a glass cabinet fell nearby.

Earlier in the day, earthquake drills were held in Mexico City to mark the anniversary of the Michoacán earthquake of 1985, which caused widespread death and injuries as well as catastrophic damage in Mexico City. 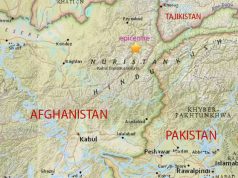 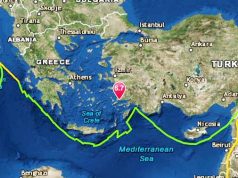 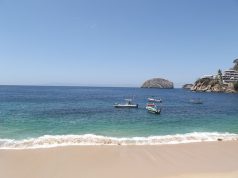