KOCHI: The curtains will come down on this edition of Kochi Muziris Biennale in nine days.

The event that put Kochi on the global art tourism map has also resulted in improving the quality of roads in the city, reports The Times of India.

Many roads in the city were refurbished in connection with the Biennale, benefiting the residents.

“In a meeting that was convened by the tourism minister and other tourism stakeholders prior to the commencement of Biennale in December 2016, decisions were taken to amend the road transportation conditions and a fund of Rs 25 lakh was also allocated by the tourism department for the same,” said Fort Kochi sub-collector Adeela Abdullah.

She added that the funds were also used for the repair works of the roads prior to the visit of the president Pranab Mukherjee to the Biennale earlier this month. The public works department and the corporation carried out the restoration works separately.

“Towards the end of December and beginning of January when there was heavy rush owing to the Biennale as well as New Year and Christmas celebrations, the ferry services were extended and an additional boat was employed for easing the traffic,” Sujith said.

He said the Varappuzha service boat was deployed on holidays and weekends for taking visitors exclusively to Fort Kochi for Biennale.

“The locals, most of whom are not very enthusiastic about the international art festival that happens in their locality, is pleased because of developmental activities that made life a bit more easy for them. If not for the Biennale, such works would have dragged on unreasonably,” said Hamsa Veliyathukudy, secretary, Mattancherry resident’s association. 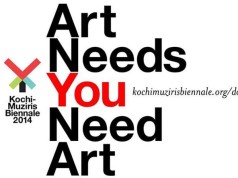