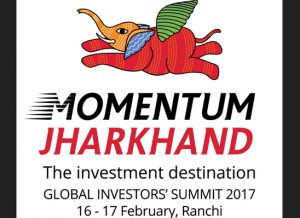 RANCHI: The elephant is ready to take off. Amidst a galaxy of political leaders, captains of industry and ambassadors, the first Momentum Jharkhand Global Investors’ Summit, got off to a glittering start on February 16 here.

As some of India’s leading industrialists announced a slew of investments – estimates put the figure at about ₹1 lakh crore on the first day of its two-day global investors summit, the state could hardly have expected do better.

Jharkhand Chief Minister Raghubar Das, who is credited with the resurgence in the economy, said the state is striving to become a developed state soon.

Jharkhand, part of erstwhile Bihar, is just 16 (the state was created in the year 2000), was once a byword for backwardness. “Rich state, poor population”, was how it was referred as. Well, this government has worked hard at combating that image, and this summit is expected to go a long way in transforming the state’s image.

The Tatas, for almost a century, have been the best known facet about the state, and its leader Ratan Tata started off proceedings by paying tribute to the state and the Tata history. The Tatas set up a landmark steel plant in Sakshi, later Jamshedpur, in 1912, often regarded to be start of India’s industrialisation. Indeed, this summit pays tribute to the event, which happened exactly 105 years later.

Tata went on to say that he hoped this day would launch a new Jharkhand. “We need to seize opportunity. Jharkhand is keen to progress”.

CENTRAL FORCE
Well, the main action on day 1 was in the impressive inaugural session, where a slew of announcements were made. An impressive phalanx of central ministers, led by Finance Minister Arun Jaitley also heaped great praise on the state and promised a variety of assistance. As with others, Jaitley pointed out to the mineral and agricultural riches that the state possessed and pointed out the  growth prospects of Jharkhand being “at least 4-5 percentage points” higher than the national average (it is currently about a percent ahead of national average, he said).

Jaitley also pointed out that Jharkhand as a “rare state” where the contribution of the manufacturing sector was higher than that of services, neglecting however to mention that this was a result of faulty policies.

Arguably the Road, Transport and Shipping Minister Nitin Gadkari had the biggest announcement of the day. Sahebganj, on the northeast corner of the state and on the 50 km stretch of the Ganga in the state, is to be a ‘multi-modal hub’. The waterport here will get new infrastructure, and will act as the gateway for goods to West Bengal, the northeastern states, and even Myanmar, he said. The big change, the transportation will happen via water, through the Ganga to the Bangladesh port of Chatgram, and then by the Brahmaputra to the northeast.

The other union ministers present at the event included Textiles Minister Smriti Irani, Power Minister Piyush Goyal, Civil Aviation Minister Jayant Sinha and Urban Development Minister Venkaiah Naidu. Apart from Sinha, who did not address the sizable audience, all the other ministers were effusive about the efforts the state had taken in the recent past to encourage business.

Goyal had an annoucement of his own, saying the centre would auction 30 mines in Jharkhand this year. “It will be in bauxite, gold, diamond, emeralds and iron ore,” he said.

A message from Prime Minister Narendra Modi was read out at the summit.

OTHER HIGHLIGHTS
Cricketer MS Dhoni, who hails from Ranchi, welcomed attendees to Jharkhand. Speaking as a “a boy brought up here”, he delivered a brief, passionate speech, saying Momentum Jharkhand is headed in the right direction, and felt good about the prospective changes.

Tourism is expected to benefit as a corollary of all these developments, due to which people will grow richer and demand better services, speakers felt.

Definitely a strong feel good impression is from the logo, a red flying elephant attired in traditional folk art. The elephant is identified with the state, and even been compared to the slow rate of development.

A drive to the mega summit, being held in Ranchi’s Khel Gaon, to the north west of city, from the airport is indicative of just how much the state is banking on this summit to get funds. The streets are spanking, almost unIndian-ly clean, with their sides interspersed with red and white lights (drive by after dark for the full effect).

Jharkhand has reached point of inflection for development and economy, Rajbala Verma, Chief Secretary, Jharkhand, said. This summit has certainly put the spotlight on this state blessed by abundance of nature.

The elephant sure looks ready to fly. Now. 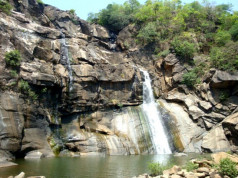 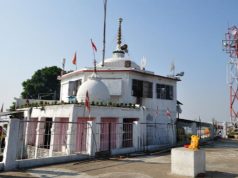