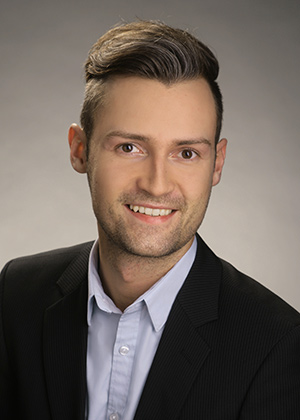 You may have spotted the pretty backdrops in the recent Hindi film Ae Dil Hai Mushkil. The capital of Austrian Tyrol, Innsbruck (literally, Inn bridge) is not just one of the most scenic and historic cities of the central European region, it is also one of the biggest tourist hubs for Austria, especially as a winter sports destination. With about 50,000 overnights from Indian tourists in 2016, it is no surprise that the tourism board of the city is looking to increase the number of Indian visitors to its unique summer and winter attractions. Peter Unsinn, Manager, International Marketing ASIA, USA, UK, Innsbruck Tourismus explains just how the city is gearing up to host more Indians, especially by featuring more in Indian entertainment shows to Suman Tarafdar over an email interview. Excerpts

• What would be the major reasons for Innsbruck to target more tourists from India?
Innsbruck recognises the big demand for new destinations from the Indian guests and tour operators. And we think that we can offer just the right product for the Indian guest as Innsbruck is the perfect combination of Alpine, urban and imperial aspects. Unspoiled nature, 7 cable cars that take you up the mountains and a splendour imperial architecture with palaces and castles, combined with great shopping facilities as well as several Indian restaurants make Innsbruck stand out.

• To the emerging Indian tourists, what would you say are the biggest reasons to visit Innsbruck?
Innsbruck is already heavily featured within the Bollywood sector and it will become even more popular. The Indians see their favourite stars walking around Innsbruck in television shows and Bollywood movies and they can have the same experience here.

• How many Indians visited the city in the last few years? Where to most Indian tourists go in the city?
2016 we had about 50,000 overnights from India, a plus of about 5%, which means that after Vienna, Innsbruck is the second biggest destination for Indians in Austria. Most Indians stroll around the Old Town and the Golden Roof. Other highlights are the Swarovski Crystal Worlds just outside of the city and the Nordkette cable car, that whisks you up directly from the Old Town to 2000m high mountains. 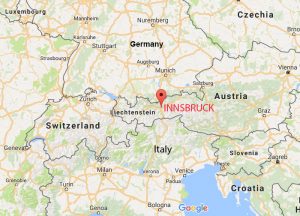 The Nordkette mountain is also heavily featured in the latest television and Bollywood productions. We can also see an increasing interest about the Olympic Ski Jump Tower. Here you can see the thrilling and live ski jumping from 10am until 3pm.

• Is it possible to estimate just how much Indians are spending on average in the city? Or how long are they spending in the city?
At the moment we can see that the average length of stay is about 1,7 days, but a lot of tour operators have been to Innsbruck on a famtrip and they all say that a second night is a must.

• How have the shooting of Pardes Mei Hai Mera Dil and Ae Dil Hai Mushkil helped Innsbruck? Are you able to estimate if more Indian tourists are coming due to these shows?
We can definitely see the influence of these productions. Currently we have Yash Raj Films in Innsbruck for their shoot of Tiger Zinda Hai with Salman Khan and Katrina Kaif. This is so far the biggest Bollywood production and would have not happened, without the other two projects prior, as Bollywood is very well connected and the producers like Karan Johar talked about their good time in Innsbruck. Also tour operators know about this and they are amending their travel products and add more Innsbruck into them as tourists demand to visit those places they see on TV and in the cinemas. So we are expecting the visitor figures to grow especially from 2018 onwards.

• You mentioned a planned Bollywood map. By when is that expected to be ready?
Yes we are working on this. The plan is to have a tour for visitors around the movie locations, to give them insight views into the productions and background stories. We plan to have it as a guided tour accompanied by a Bollywood map. At the moment we are still in the conceptual phase but I hope I can offer this to the Indian guests latest from 2018 onwards.

• What are the major challenges to getting more Indian tourists? Eg food, connectivity, price, language, weather etc?
The only problem that might arise is that we would need more hotels in Innsbruck. The demand is growing, especially in the group segment, but we are working with the hotels to make them ready for Indian guests. Food is no problem as we have six Indian restaurants in Innsbruck. It’s also very well connected and whenever you cross the Alps, no matter if north-south or east-west you will always come by Innsbruck. The train services are very good and in just 2h you are in Munich or Salzburg, in just 30 minutes in Italy and in 3h in Zurich, so you can also add daytrips from Innsbruck very easily.

• Which months of the year are seeing most Indian tourists?
Generally during the main travel months, meaning April-July. But we can also see that the topic of authentic Christmas markets is becoming more interesting, especially for the FIT sector. We have six of them, taking place between middle of November until beginning of January.

• Apart from attracting more Indians, what are the other priorities for Innsbruck tourism?
Well we are an international operating company and market Innsbruck to 15 countries in the world. Our overall goal is to increase the length of stay and the overnight numbers for our hotel partners in Innsbruck and its 25 holiday villages. In the end it’s all about giving tourists the best time of their lives during their holidays. And Innsbruck is definitely one of the locations that is able to live up to this and should be on all travel lists.

• How do you plan to engage with Indian travel trade?
I am regularly in India, usually around February on workshop tours in several cities. Also our other partners, like the Nordkette cable cars or the Swarovski Crystal Worlds engage directly with the travel trade. The Bollywood productions are the best way to increase your business within India also for the travel sector. On top, we also host tour operators and travel agents, show them around Innsbruck so they can experience it first hand and promote it this way very authentic.

• What are the highlights for this year for Innsbruck tourism?
The Tiger Zinda Hai movie, that is planned to be released at the end of 2017 is the biggest highlight this year. Apart from that we also have a very interesting exhibition from the Indian designer Manish Arora at the Swarovski Crystal Worlds.

• Any other factor that will crucial to growing tourism to Innsbruck?
I am continuing the strategy to place Innsbruck via Bollywood into the hearts and dreams of the viewers and I’m sure that there will be more stories and great pictures about my hometown to follow soon.

Once Upon… could to boost Oman tourism

Once again, Shah Rukh Khan detained at US airport