BENGALURU / DELHI: India’s hotel industry is expected to see a large number of transactions, including some distress deals, closing in 2017.

Talks are currently ongoing for the sale of more than a dozen hotel properties and the industry could set a new record in transactions this year, said industry executives, reports The Economic Times.

“The year 2017 could bring a massive quantum of deals in India’s hotels sector. The ongoing trend in the hotel transactions market is in line with our belief that the Indian hospitality market today is a fertile field for strategic acquisitions,” said Mandeep Lamba, managing director-hotels at property consultant JLL India.

Louvre Hotels Group, the second largest in the hospitality industry in Europe, bought a majority stake in Sarovar Hotels in India this January, beating Wyndham Hotel Group in the race. The deal, estimated at $50 million (Rs 336 crore), makes the combined entity one of the biggest hotel chains in India in terms of number of properties.

“More properties will change hands. The market is mature for buying assets but it is largely going to be distress sales. There’s going to be greater pressure on owners who can’t meet debt obligations to restructure or sell their assets. Assets will sell at cost value or, in some cases, cost minus,” said Ajay Bakaya, executive director of Sarovar Hotels.

Concurred Patu Keswani, chairman of Lemon Tree Hotels. “More distress deals will happen this year. Premier Inn and Aloft are up for sale. We are also in talks to acquire a small portfolio.” According to industry insiders, 70-80 hotel assets across India are available for sale.

The last significant year for the hotel transaction market in India was 2015, when the market witnessed deals worth about Rs 2,423 crore in existing and brownfield assets. The previous high was in 2012, when deals totalled Rs 1,673 crore.

While 2016 lacked the big-bang announcements of 2015, it witnessed five hotel-related asset transactions, some of which were undertaken to convert the underlying assets to alternative developments.

JLL Hotels’ team is confident also of closing about 10-12 such deals in theh first half of 2017.

According to JLL, most hotel transactions today are occurring at replacement, or a slight discount to replacement cost, keeping both the seller and the buyer content with the target price.

“Hotel buyers in the market today are strategic investors who firmly believe in and understand the hotel segment’s economic cycle. As in all business cycles, the hotels economic cycle has started to trend upward,” said Lamba. 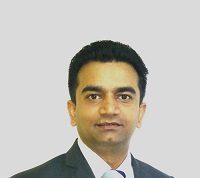 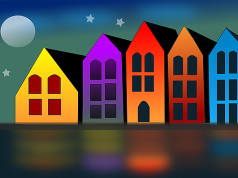