IHG has an established reputation as a valued partner for successful hotel owners and investors globally and currently operates across nearly 40 countries and territories in AMEA.

In his new role, Rajit will head the Development team and lead the group’s growth strategy, according to a release.

Jan Smits, Chief Executive Officer AMEA said: “Rajit brings with him vast knowledge, a stellar reputation and the ability to drive development success across brands which will prove invaluable as he drives the acceleration of IHG’s growth strategy across AMEA.”

Rajit Sukumaran, Chief Development Officer AMEA added: “I am thrilled to join the IHG family as it continues on the growth journey in the region. The AMEA region has seen unprecedented growth in the past decade and still has a long runway. I look forward to working with some of the best talent in the industry as we forge ahead with both our existing and new partners across the region.”

Prior to joining Starwood, Rajit worked in the Corporate Finance division of PricewaterhouseCoopers Singapore where he was involved with several cross-border corporate transactions including mergers, acquisitions and initial public offerings.

Rajit graduated from Singapore’s Nanyang Technological University with a degree of Bachelor of Accountancy.

Rajit graduated from Singapore’s Nanyang Technological University with a degree of Bachelor of Accountancy.

IHG currently operates 28 hotels across four brands in India, including: InterContinental, Crowne Plaza, Holiday Inn, and Holiday Inn Express with a further 36 in the development pipeline due to open within the next three to five years (Figures as at 31st December 2016) 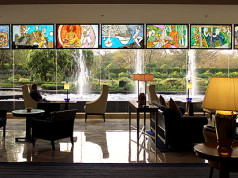 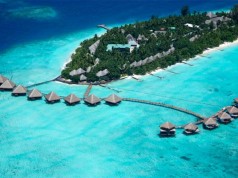 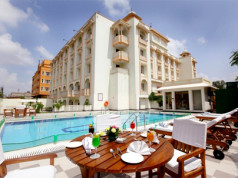