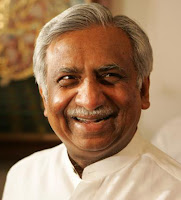 There are some bizarre rules. The five-year, 20-aircraft rule for allowing an airline in India to fly abroad makes no sense… it has probably been put in by Naresh (Goyal) or someone like that to protect themselves.” The reading of Tony Fernandes, the voluble chief of Air Asia, on the origins of this specific rule may or may not be true, but anybody who is somebody in the aviation industry will testify the Jet AirwaysBSE -1.20 % chief sure knows how to win friends and influence people.

It’s a trait that is intricately woven into the turbulent narrative of the $600 million deal that Jet is currently trying to seal with Etihad, the national carrier of UAE, a deal on which rests the Indian airline’s very survival. At every stop in the deal—the policy change that paved the way for foreign airlines to invest in Indian ones, the policy change that evidently sweetened this deal, the give and take between the two airlines, the inquisitions from the capital market regulator— a constant refrain has been how to win friends and influence people.

Etihad withdraws A380 from Mumbai