AGRA: After a long wait of over four decades, Agra will finally get a civil air terminal outside the ambit of the Indian Airforce by Dussehra this year, following a campaign run by India Today. 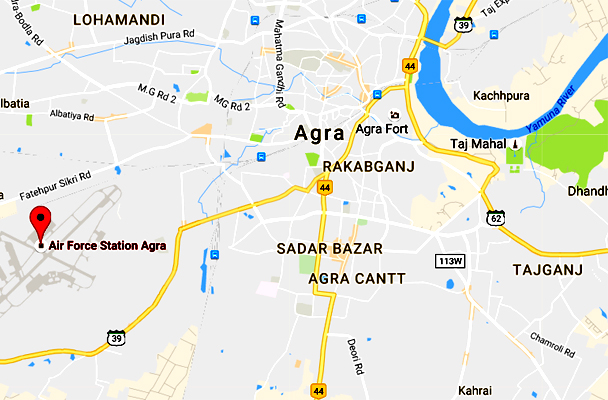 Talking to India Today, Uttar Pradesh Chief Secretary Deepak Singhal said that the foundation stone of the international airport at Agra will hopefully be laid by October around Dussehra at Dhanauli village near Malpura gate of the Indian Airforce Base.

Singhal said that preparations for the construction of the airport are complete and the central government has informed the UP government of the requisite documentation required to sign over the land to the Airports Authority of India (AAI) for the airport’s construction and operation.

Following this declaration by the chief secretary, the Agra tourism industry is hoping that the timeline for the airport’s foundation stone laying will not be extended this time.

Meanwhile, Air India has announced that a flight connecting Delhi to Agra will begin operating soon, utilizing the existing Civil Air Terminal inside the Air Force Base at present. It will transfer the operations to the new terminal as soon as it is ready.

This flight is being seen as Air India’s attempt to cash in on the influx of tourists coming to Agra during the tourism season.

The industry leaders expressed satisfaction to the positive outcome of a long struggle that the tourism industry of Agra fought against. Even the recent moving of the Taj International Airport project from Agra to Jewar by the then Union Minister of State for Civil Aviation Mahesh Sharma was seen as an attempt of the Delhi-lobby to hurt the tourism prospects of Agra.