KANNUR: A pioneer in organising small and marginal farmers, this coconut farmer produce company, with farmers from Kannur and Kasaragod districts as its members, is all set to fan out to various sectors including Responsible Tourism.

Tejaswini Coconut Farmers Produce Company (TCFPC) is the first coconut producer company in the country under the Coconut Development Board, reports The Hindu.

Apart from activities such as procurement of coconut and agricultural products from farmers and processing them at its plant at Peringome here, it is now planning to branch out to the tourism sector.

The company has already identified around 200 units under farmer producer societies (FPS) and farmer producer federations (FPF) in 15 panchayats in the two districts. They include farms, adventure, Ayurveda, arts and culture, Kudumbasree, and indigenous products.

“By December, we will launch our Responsible Tourism project with the objective of integrating products, services, and local communities,” said company chairman and Karshakasree Award winner Sunny George.

Tourists can chose from the available units, he said, adding that home stay and farm stay facilities would be provided. Cultivable areas on hilly areas are being revived for the purpose, he informed.

Interestingly, Mr. George had recently received the National Entrepreneurship Award, instituted by the Ministry of Skill Development and Entrepreneurship, from Finance Minister Arun Jaitley in New Delhi. The company has a membership of over 30,000 farmers through 272 FPS and 16 FPF affiliated to Tejaswini.

It offers a platform for increased accessibility and availability of agricultural products to farmers. Tejaswini was launched in 2010 with Cherupuzha panchayat as its initial area of operation. Now, it covers 15 panchayats in the two districts, and plans are afoot to extend it to 27 panchayats. 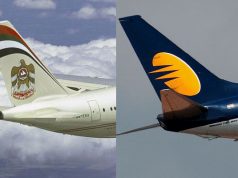 Kannur International airport to be operational by mid-2017

Azhikkal port back to square one