The Year 2015 is being observed as ‘Visit India Year’ in China. In turn, 2016 will be ‘Visit China Year’ in India. With this in mind, Prime Minister Narendra Modi announced in China on Friday that India would grant e-visas to Chinese tourists.

The measure has been taken to boost India’s tourism sector, keeping Chinese Buddhist tourists in mind, as India is a major Buddhist destination and also the land where Buddhism was born, reports Firstpost.

But, will India actually be able to attract the large chunk of Buddhist tourists from China?
In 2014, 1.70 lakh Buddhist tourists visited India, which is not a high number compared to the Buddhist population across the globe. China alone has nearly 300 million Buddhists. A big stumbling block is the state of Indian tourism.

India’s ambitious ‘Buddhist Circuit’ initiative was conceived to connect all major Buddhist destinations across India though a network providing best facilities for domestic as well as foreign tourists.

According to a study conducted by the IL&FS Infrastructure Development Corporation Limited and a report submitted thereafter to the Ministry of Tourism, 12 states were identified as destinations having major Buddhist sites, and five others as minor sites. 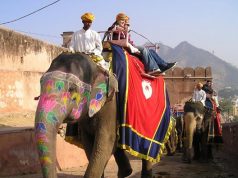 Foreign tourists with e-visa can stay up to 2 months 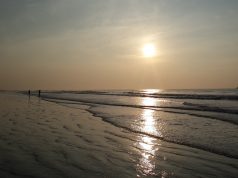 No plan to extend e-tourist visa to Chinese for now