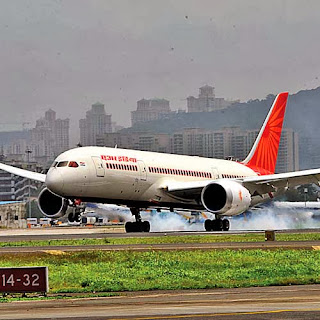 An Air India Dreamliner made a priority landing at IGI Airport in Delhi after a false alarm was raised about its braking system early on Tuesday morning.

At least 184 people, including passengers and crew members, are said to be safe.  According to airport officials, the incident happened around 2:30am after the pilots of flight AI 116 (London-Delhi route) saw warning lights which indicated a problem with the braking system.

So, the pilot sought a priority landing from the air traffic controllers at IGI Airport. Following the call, emergency services were put in place and the aircraft finally landed safely at 2:22am, airport sources said. An airline spokesperson said that an investigation later revealed that it was a false alarm. The incident comes two days after flight AI 311 (Delhi-Melbourne-Sydney) developed several cracks on the windshield of the cockpit, before it landed at Melbourne Airport on Sunday evening. All 74 passengers and 12 crew members on board are reported to be safe, sources said.

An Air India spokesperson said that passengers who had to fly further were moved to other airlines. The experts and the required replacements were later sent to Australia on Monday.

AI to retrain 8,000 staff ahead of Star Alliance entry