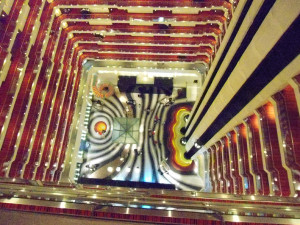 NDMC had dragged CJ International to court alleging non-payment of dues, which it pegged at Rs 605 crore, including Rs 94 crore as service tax. The court had heard the matter on August 29.

In its judgement announced on Friday, the court said there is no justification for CJ International to not pay the dues. NDMC had also filed a petition for evicting the hotel operator and issued a notice to Le Meridien for disconnecting electricity and water supply.

The high court said CJ International cannot be permitted to enjoy possession of the land without paying the licence fee, as per its order dated May 18, 2001.

In a reply filed in August in the high court, NDMC had said that CJ International owes the civic body Rs 605 crore which includes Rs 94 crore of service tax. The dues were earlier pegged to upwards of Rs 500 crore.

NDMC had alleged that Le Meridien not only evaded the licence fee it owed to NDMC but also paid much less luxury tax to the Delhi government.

Delhi’s Signature Bridge to be ready by next year